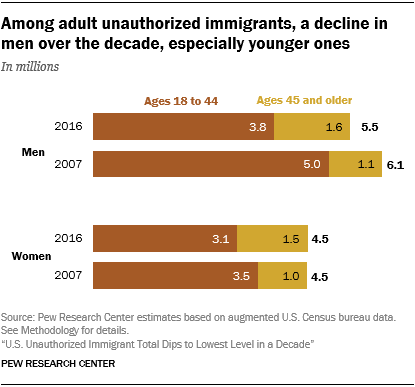 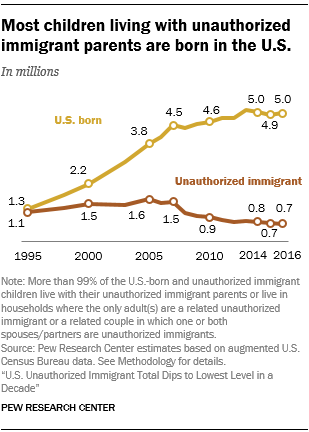 Most of the nation’s 10.7 million unauthorized immigrants live with members of their families, which in this report includes cohabiting partners. The rest either live by themselves (625,000) or in households with other people to whom they are not related (1.1 million).6 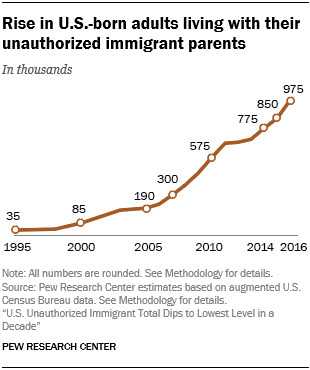 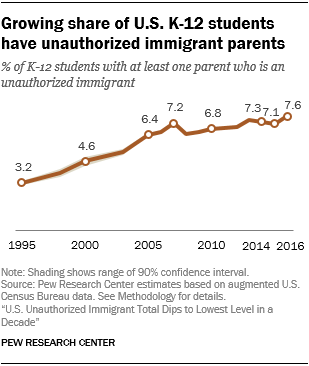 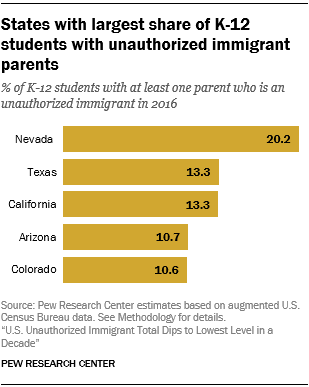 The share of students with at least one parent who is an unauthorized immigrant varies widely from state to state. States with the highest shares include Nevada, where they were 20.2% of students in 2016; Texas, 13.3%; and California, 13.3%.

At the other extreme, these children make up fewer than 1% of students in Alaska, Maine, Montana, Vermont and West Virginia.

Next: 4. Unauthorized immigrant workforce is smaller, but with more women
← Prev Page
Page1Page2Page3You are reading page4Page5Page6Page7Page8Page9Page10Page11
Next Page →