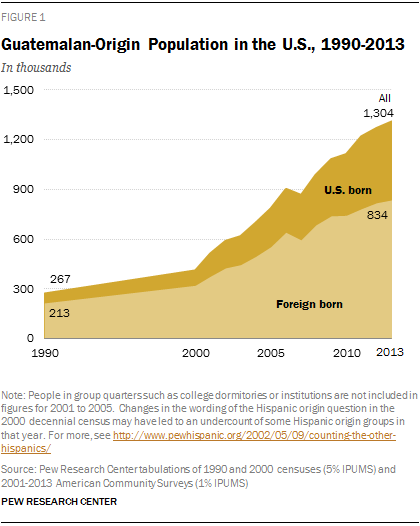 An estimated 1.3 million Hispanics of Guatemalan origin resided in the United States in 2013, according to a Pew Research Center analysis of the Census Bureau’s American Community Survey.

Guatemalans in this statistical profile are people who self-identified as Hispanics of Guatemalan origin; this means either they themselves are Guatemalan immigrants or they trace their family ancestry to Guatemala.

Guatemalans are the sixth-largest population of Hispanic origin living in the United States, accounting for 2.4% of the U.S. Hispanic population in 2013. Since 1990, the Guatemalan-origin population has increased almost fivefold, growing from 267,000 to 1.3 million over the period. At the same time, the foreign-born population of Guatemalan origin living in the U.S. grew almost 300%, up from 213,000 in 1990 to 834,000 in 2013. In comparison, Mexicans, the nation’s largest Hispanic origin group, constituted 34.6 million, or 64.1%, of the Hispanic population in 2013.1

This statistical profile compares the demographic, income and economic characteristics of the Guatemalan population with the characteristics of all Hispanics and the U.S. population overall. It is based on Pew Research Center tabulations of the 2013 American Community Survey. Key facts include:

This statistical profile of Hispanics of Guatemalan origin is based on the Census Bureau’s 2013 American Community Survey (ACS). The ACS is the largest household survey in the United States, with a sample of about 3 million addresses. The data used for this statistical profile come from 2013 ACS Integrated Public Use Microdata Series (IPUMS), representing a 1% sample of the U.S. population. 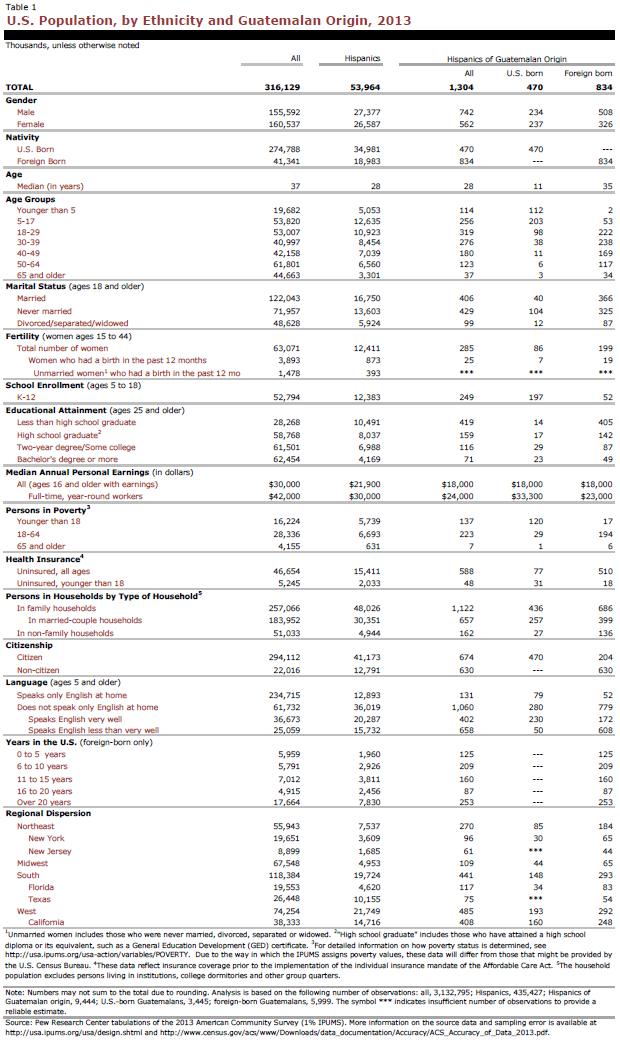 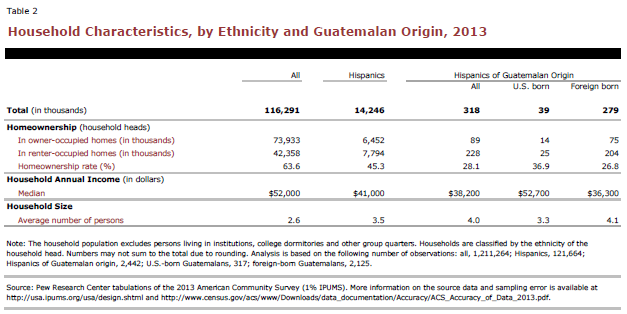 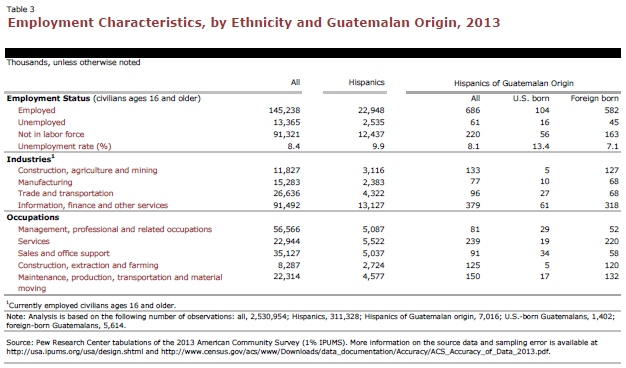