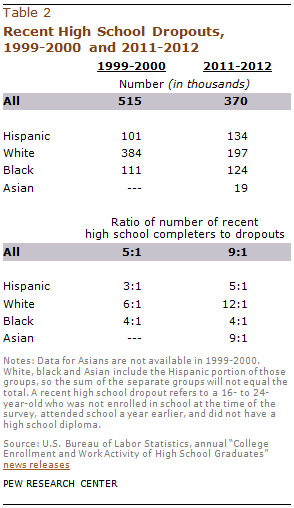 By this measure, dropping out also has sharply declined among 16- to 24-year-old whites since 2000. The ratio of black high school graduates to black dropouts has not markedly changed from October 2000 to October 2012. 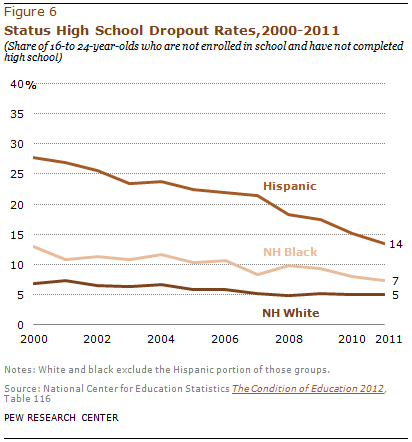 Evidence also suggests that Hispanic students are increasingly likely to graduate from high school (in this instance “graduate” refers to those who obtain a regular high school diploma and does not include students obtaining a GED). A recent comprehensive investigation of high school graduation rates finds that 78% of Hispanics graduated from high school in 2010, an increase from 64% in 2000 (Murnane, 2013).