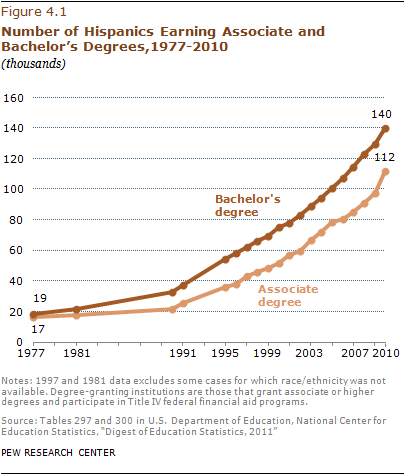 In 2010, the number of degrees conferred on Hispanics of all ages reached record levels. According to the U.S. Department of Education’s National Center for Education Statistics (Snyder and Dillow, 2012), 112,000 Hispanics received an associate degree and 140,000 Hispanics were awarded a bachelor’s degree—both new highs.7 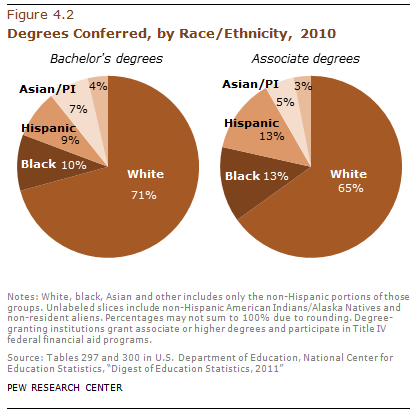