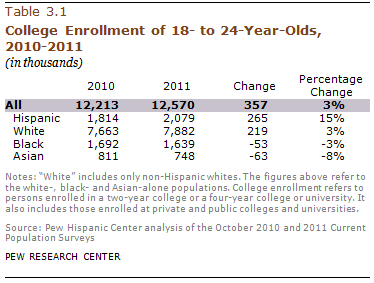 Growth in the number of young Hispanics attending college accounted for the majority of the increase. Between 2010 and 2011, the number of young Hispanics enrolled in college grew by 15%, or 265,000 students, to 2.1 million. This increase follows on the heels of a 24% increase in Hispanic college enrollments between 2009 to 2010 (Fry, 2011). Alone, Hispanic college enrollment growth accounted for nearly three-quarters (74%) of the growth in college student enrollments over the last year. 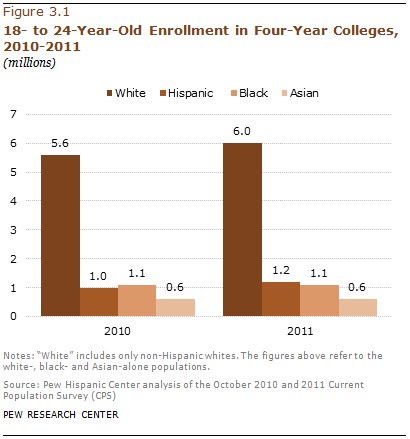 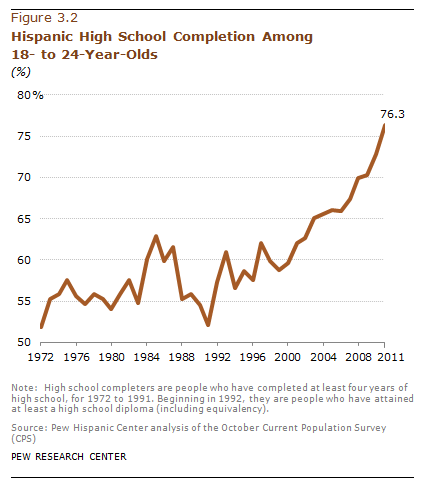 Some of the growth in Hispanic college enrollments simply reflects continued growth in the nation’s Hispanic population—since 1972, the number of Hispanic 18- to 24-year-olds has grown nearly five-fold, rising from 1.3 million then to 6.0 million in 2011.

However, population growth alone does not explain enrollment gains among Hispanics. 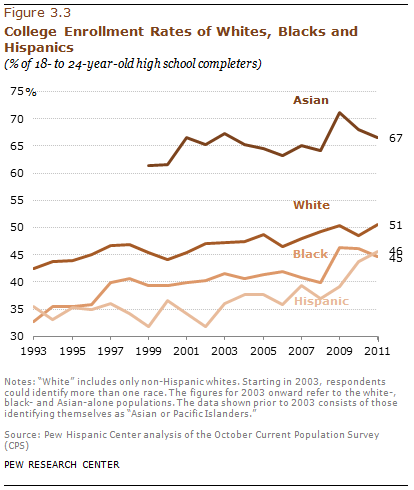