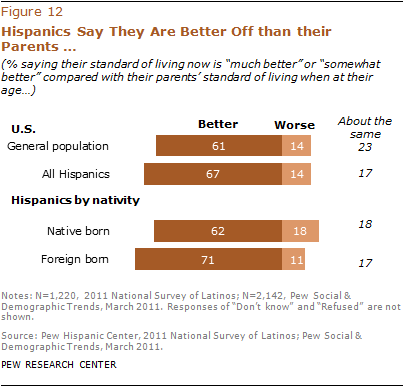 Despite difficult economic times, in the long trajectory of their lives Latinos see improved standards of living when compared with their parents and expect their children’s standard of living to be even better. 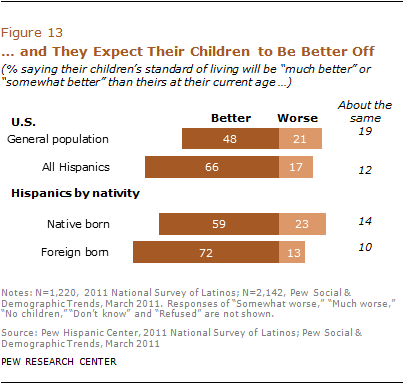 Two-thirds (67%) of Latinos (compared with 61% of the general public) say their standard of living is better than that of their parents when their parents were the age they are now.

Among Hispanics, expectations of intergenerational upward mobility are higher among the foreign born than they are among the native born. More than seven-in-ten (72%) Hispanic immigrants say they expect their children’s standard of living will be better than their own. Among the native born, 59% expect their children’s standard of living to be better.

Next: Appendix A: Trends in Unemployment
← Prev Page
Page1Page2Page3You are reading page4Page5Page6Page7
Next Page →