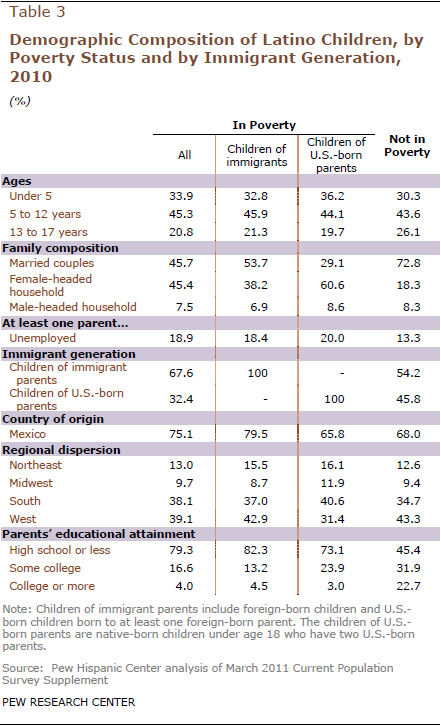 When it comes to the educational attainment of the parents of Hispanic children, those in poverty are more likely than those not in poverty to have parents with a high school education or less—79.3% versus 45.4%. 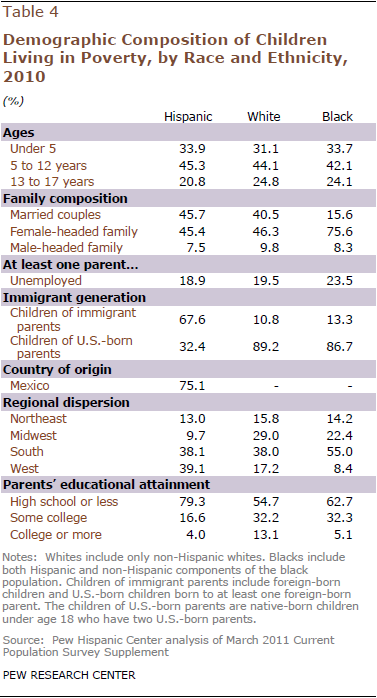 Today’s impoverished Latino children are not much different from those who lived in poverty in 1993, two years after the end of the 1990-1991 recession.2 Then, as now, nearly half of Latino poor children lived in families headed by a single mother—43.7% in 1993 versus 45.4% in 2010. However, poor Latino children today differ from those in 1993 in a few ways. In 1993, two-thirds (68.6%) of Latino poor children were of Mexican origin while in 2010 three-fourths (75.1%) were. When it comes to the regional dispersion of Latino children in poverty, the recent growth in the number of Latinos living in the South (Passel, Cohn, and Lopez, 2011) is reflected among today’s impoverished Latino children. In 1993, 26% lived in the south. By 2010, that share had increased to 38.1%.