In 2010, some three-fourths (76%) of Hispanic adults were using cell phones—a rate similar to the rate for blacks (79%), and markedly lower than the rate among whites (85%). Controlling for education or household income eliminates the ethnic gap in cell phone use, suggesting that ethnic differences in educational attainment and income contribute to the overall difference in cell phone use.

Cell phone users are least prevalent in the suburbs. Some 57% of Hispanic suburbanites own cell phones, compared with 79% in urban areas and 76% in rural areas. 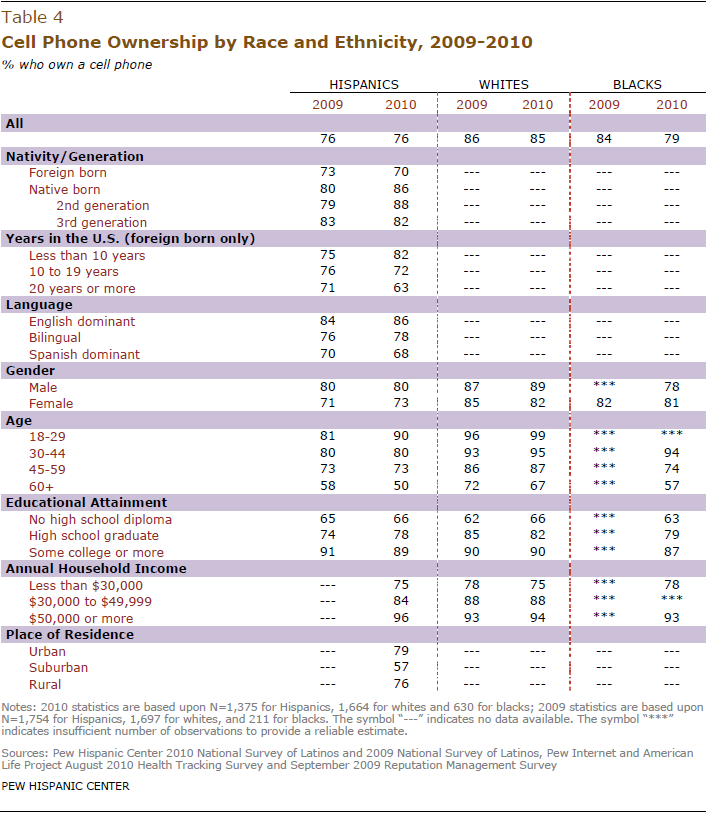