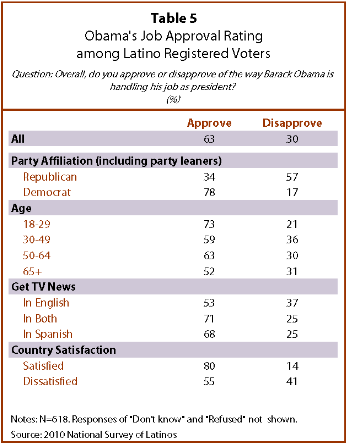 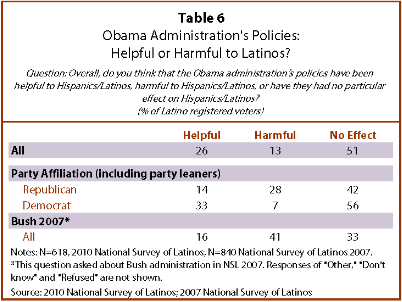 Despite their strong support for the president, Latinos are divided about the impact of his administration’s policies on Latinos. More than half (51%) say the administration’s policies have had no effect on Latinos, while one-infour (26%) say they have been helpful to Latinos and 13% say they have been harmful. This is in contrast to the views Latinos expressed about the Bush administration in 2007. Then, more than four-in-ten (41%) Latinos said President George W. Bush’s policies were harmful to Hispanics, while just 16% said they were helpful to Latinos and 33% said they had no effect (Taylor and Fry, 2007).

Next: Appendix A: The Demographics of Latino Registered Voters
← Prev Page
Page1Page2Page3You are reading page4Page5Page6
Next Page →