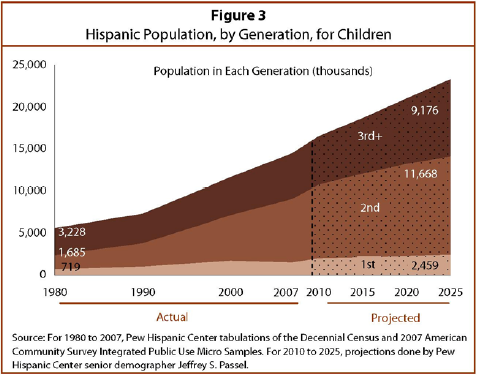 Next: IV. A Profile of Hispanic Children
← Prev Page
Page1Page2You are reading page3Page4Page5
Next Page →

The Nation’s Latino Population Is Defined by Its Youth
Between Two Worlds: How Young Latinos Come of Age in America
Generational Differences
A Profile of Hispanic Public School Students
Hispanic Identity Fades Across Generations as Immigrant Connections Fall Away