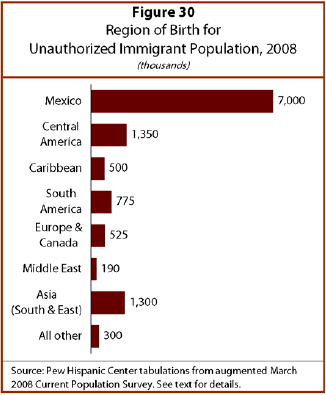 Mexico is the source of by far the largest number of unauthorized immigrants, accounting for 7 million of the 11.9 million unauthorized immigrants in 2008. This 59% share has remained roughly constant over the past three decades. Other parts of Latin America send a significant share of the total, with 1.3 million (11%) coming from Central America, 775,000 (7%) from South America, and 500,000 (4%) from the Caribbean. South and East Asia is another large source, sending 1.3 million (11%), whereas the Middle East accounts for 190,000, or less than 2%.

The proportion of Mexicans in the unauthorized immigrant population shrinks in the northeastern quadrant of the country. Mexicans are substantially underrepresented (less than 43% of undocumented immigrants) in 20 states and the District of Columbia. The remaining 18 states with average representation of unauthorized immigrants tend to be the new-destination states in the Southeast and Plains. 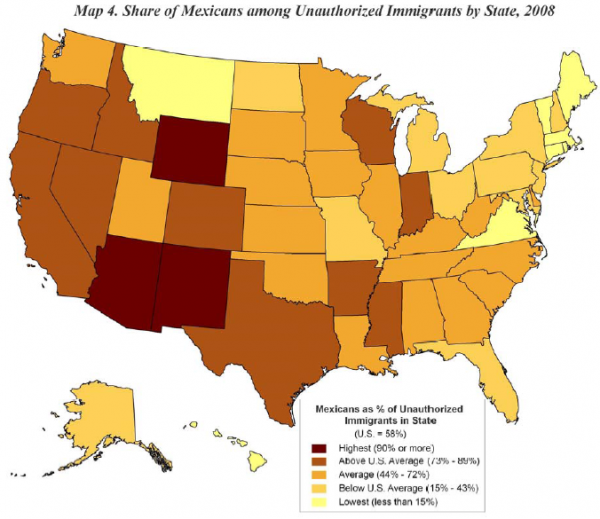 Next: Appendix A: Additional Maps
← Prev Page
Page1Page2Page3Page4You are reading page5Page6Page7Page8Page9
Next Page →