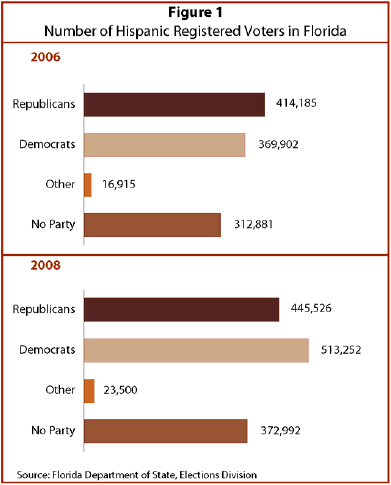 However, the final 2008 general election voter registration figures from Florida, along with recent data from the U.S. Census, show significant changes in both the political leanings and the demographics of Latinos in the electoral-rich Sunshine State. 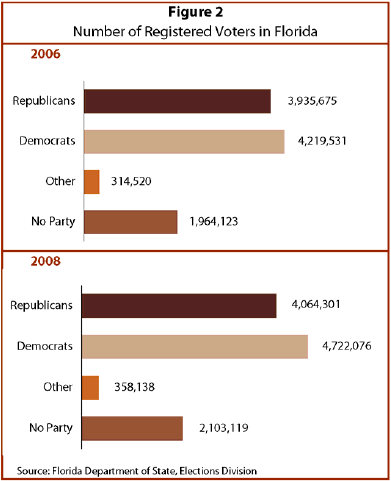 According to the Florida Department of State Division of Elections, Latinos make up 12% of all registered voters in Florida this year, up from 11% in 2006. Their move toward the Democratic Party is part of a broader realignment among the overall electorate of the state. Today, there are 657,775 more registered Democrats than registered Republicans in Florida. In 2006, the Democrat registration advantage was smaller – just 283,856. 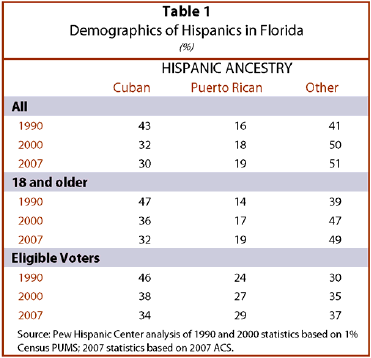 In 2004 Hispanic voters accounted for 11% of all voters in Florida and 6% of all voters nationwide.5 Nationally today, 18.5 million Latinos are eligible to vote, accounting for 9% of all eligible voters.6

Latino Voters in the 2012 Election

The Latino Vote in the 2010 Elections

Hispanics and the 2008 Election: A Swing Vote?