Large-scale Mexican migration to the United States has been underway for several decades and, as noted above, gained fresh momentum in the second half of the 1990s. One measure of the maturity of this migrant stream is the extent to which individual immigrants are part of an extended network of family members living in the United States. It has long been known that family networks play an important role in facilitating contemporary immigration by helping newcomers overcome logistical, legal and cultural hurdles (Suro 1998; Portes and Rumbaut 1990; Bean and Stevens 2003). The data from this survey, however, demonstrate that today’s Mexican migrants can count on large and extensive networks even when they are recently arrived and even when they are arriving in cities where Mexican migration is a fairly recent phenomenon. 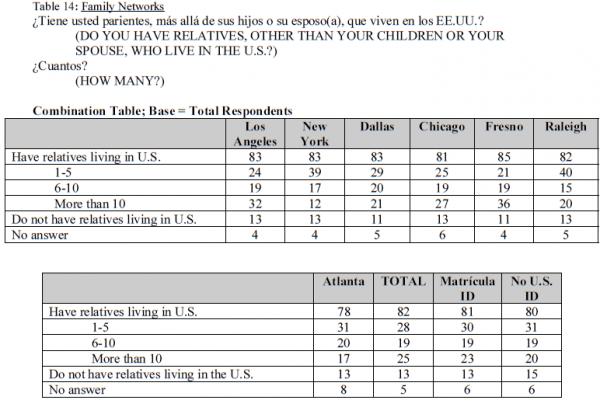