For this report, we grouped people into two political categories: those who support the governing political party (or parties) and those who do not. These categories were coded based upon the party or parties in power at the time the survey was fielded and respondents’ answers to a question asking them which political party, if any, they identified with in their country.1 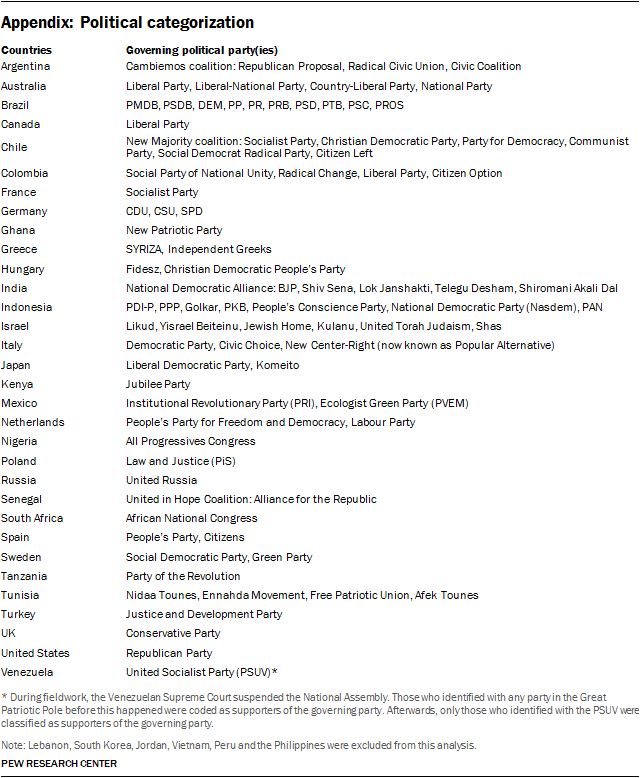 How countries around the world view democracy, military rule and other political systems

Even in Era of Disillusionment, Many Around the World Say Ordinary Citizens Can Influence Government