Brazil is well-regarded in much of the world. At least half of those surveyed in 24 of 37 countries have a favorable view of the South American nation. Views of Brazil are particularly positive in Latin America, Africa and Asia, although in many countries a fair share of people offer no opinion. However, Brazil receives low marks in some major Middle Eastern nations.

In total, a median of 54% across the 37 countries have a favorable view of Brazil. See the map below for detailed results from our Spring 2014 survey. 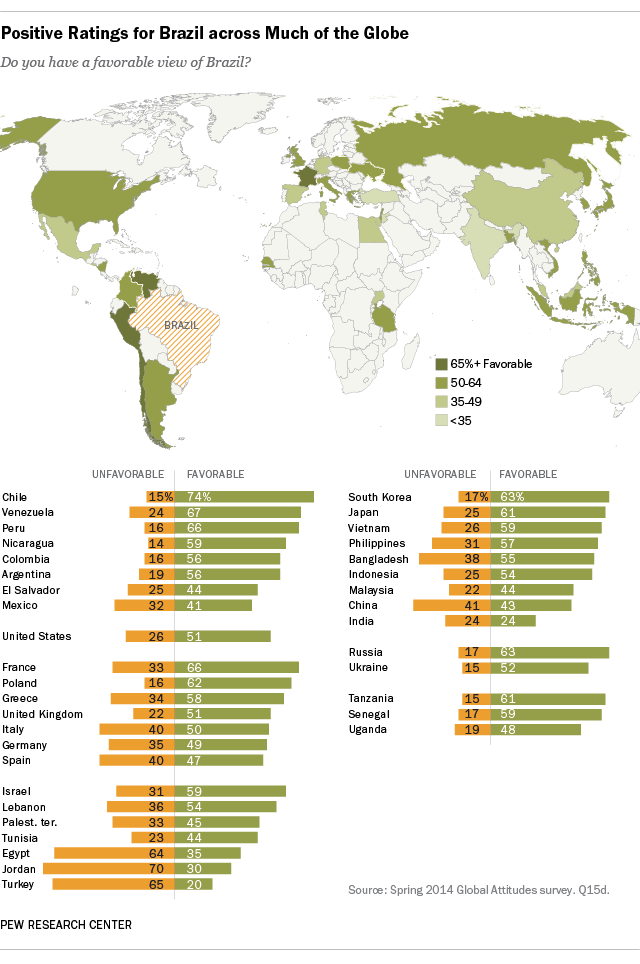