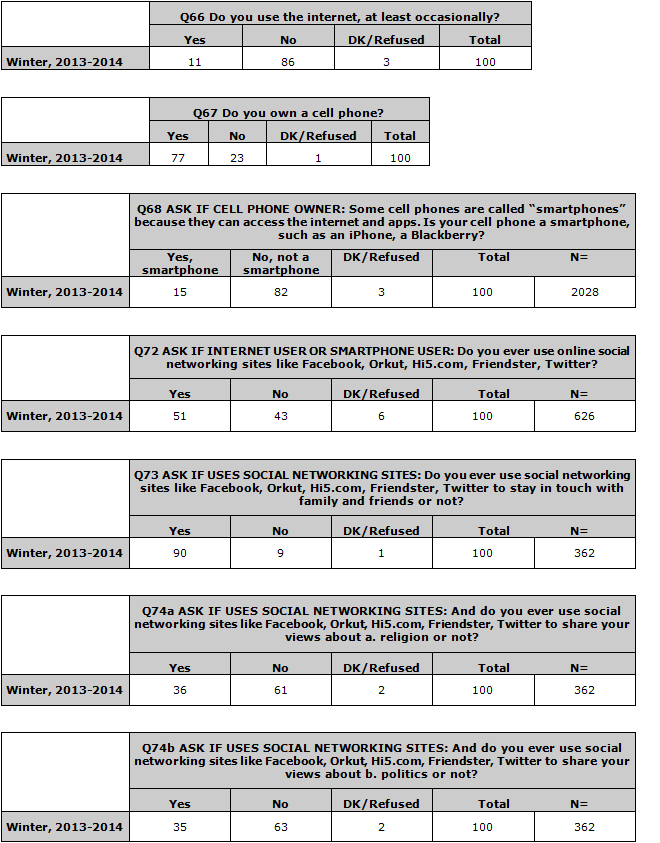 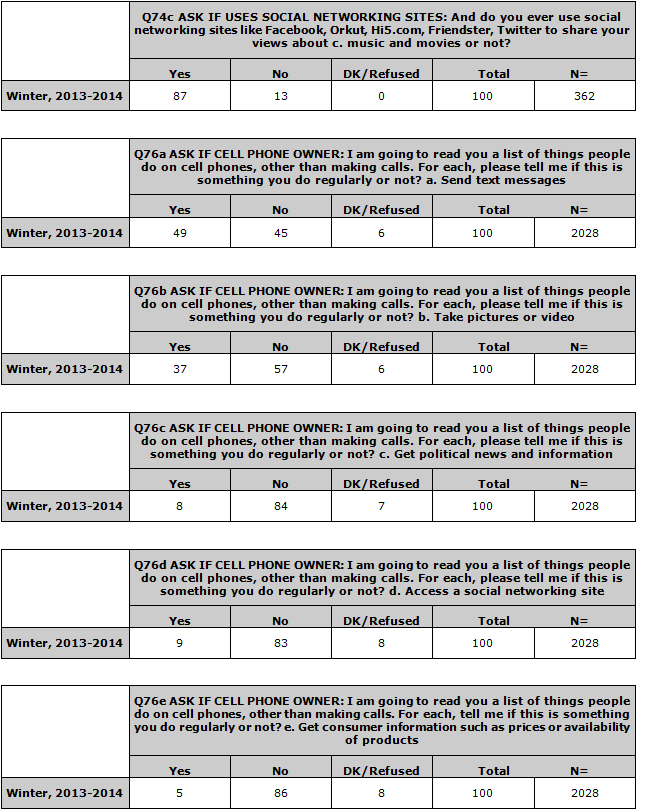 The survey in India was conducted under the direction of Princeton Survey Research Associates International.

Results for the survey in India are based on 2,464 face-to-face interviews with adults 18 and older, between December 7, 2013 and January 12, 2014. Interviews were conducted in Hindi, Tamil, Bengali, Telugu, Odia, Marathi, Kannada, and Gujarati. The survey covers 15 of the 17 most populous states (Kerala and Assam were excluded) and the Union Territory of Delhi, which together are home to about 91% of the adult Indian population. The survey is based on an area-probability design, which entailed proportional allocation of 1,876 interviews by region and urbanity, plus an urban over-sample of 588 interviews. The primary sampling units were urban settlements and rural districts. The full sample was weighted to reflect the national urban-rural distribution in India.

The margin of sampling error is ±3.8 percentage points. For the results based on the full sample, one can say with 95% confidence that the error attributable to sampling and other random effects is plus or minus the margin of error. In addition to sampling error, one should bear in mind that question wording and practical difficulties in conducting surveys can introduce error or bias into the findings of opinion polls.