Although many around the world believe the economic balance of power is shifting, the U.S. is still seen as the world’s leading economic power by pluralities or majorities in 22 of the 39 countries polled. China is seen as dominant in eight countries, with the remaining nine divided in their opinions. Overall, a median of 44% name the U.S. as the strongest economy, with 30% saying the same of China.

In Latin America, Africa, and the Asia/Pacific region, publics tend to say America is the leading economic power. Broad majorities in Japan, the Philippines and South Korea name the U.S. and a plurality of the Chinese agree (46% U.S. vs. 30% China).

However, in most of the countries surveyed in Europe, as well as Canada, China is seen as the strongest economy. Attitudes in the Middle East are generally divided. The American public is also roughly split over which country is the dominant economic power – 44% say China and 39% name the U.S. 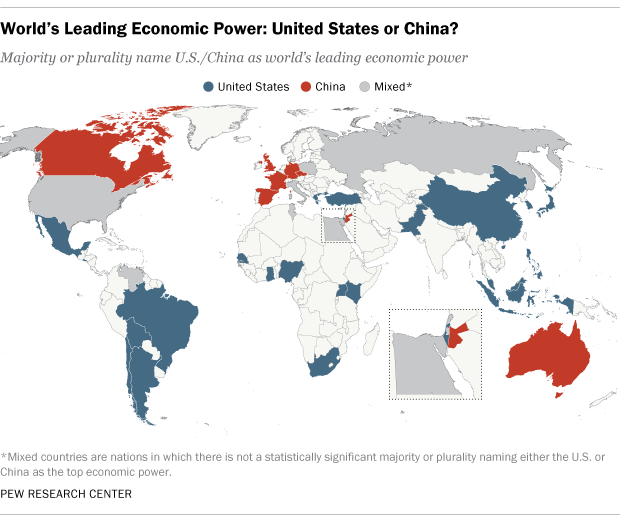