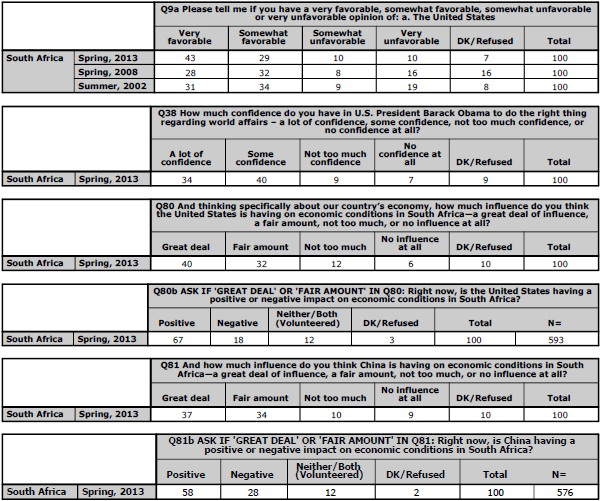 Results for the survey are based on face-to-face interviews conducted under the direction of Princeton Survey Research Associates International. Survey results are based on national samples. For further details on sample designs, see below.

The descriptions below show the margin of sampling error based on all interviews conducted in that country. For results based on the full sample in a given country, one can say with 95% confidence that the error attributable to sampling and other random effects is plus or minus the margin of error. In addition to sampling error, one should bear in mind that question wording and practical difficulties in conducting surveys can introduce error or bias into the findings of opinion polls.