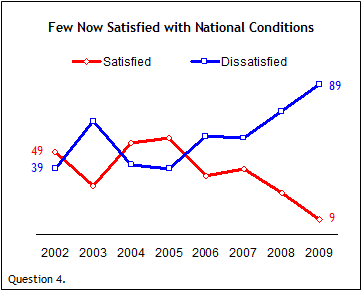 As Pakistan struggles with a troubled economy, political tensions and fighting between government and extremist forces, about nine-in-ten of its people say they are dissatisfied with the way things are going in their country today. That is up sharply from two years ago.

About three-quarters say the nation’s economy is in bad shape and most voice pessimism about the economy in the near term. More than six-in-ten say the economic situation will get worse or stay the same over the next year. Meanwhile, large majorities see their country as plagued by problems such as crime, terrorism, illegal drugs and corruption. 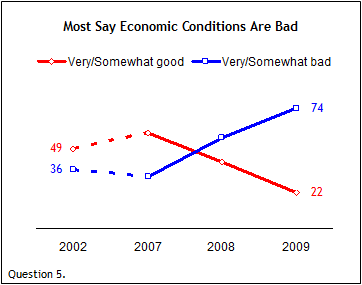 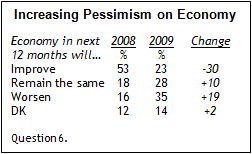 Regionally, people in the North West Frontier Province (NWFP) are more pessimistic than elsewhere, with nearly six-in-ten (57%) saying they expect conditions to worsen over the next 12 months. In Baluchistan, 38% say they think economic conditions will worsen, as do about a third of those in Sindh (33%) and Punjab (31%). 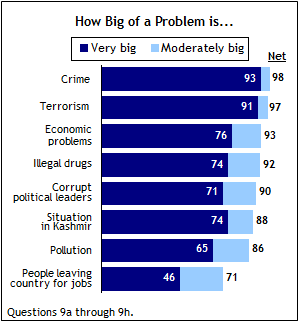 Most Pakistanis see their country facing a long list of serious problems, including crime, terrorism, illegal drugs and corruption. More than nine-in-ten consider crime (93%) and terrorism (91%) to be very big problems. Large majorities already saw both as very big problems in 2007 (85% and 76%, respectively), but concerns have risen significantly.

About three-quarters (76%) also say the economy is a very big problem, while a similar share (74%) says the same about illegal drugs and the situation in Kashmir (For more on Kashmir, see Chapter 5). 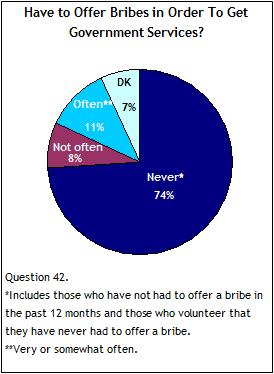