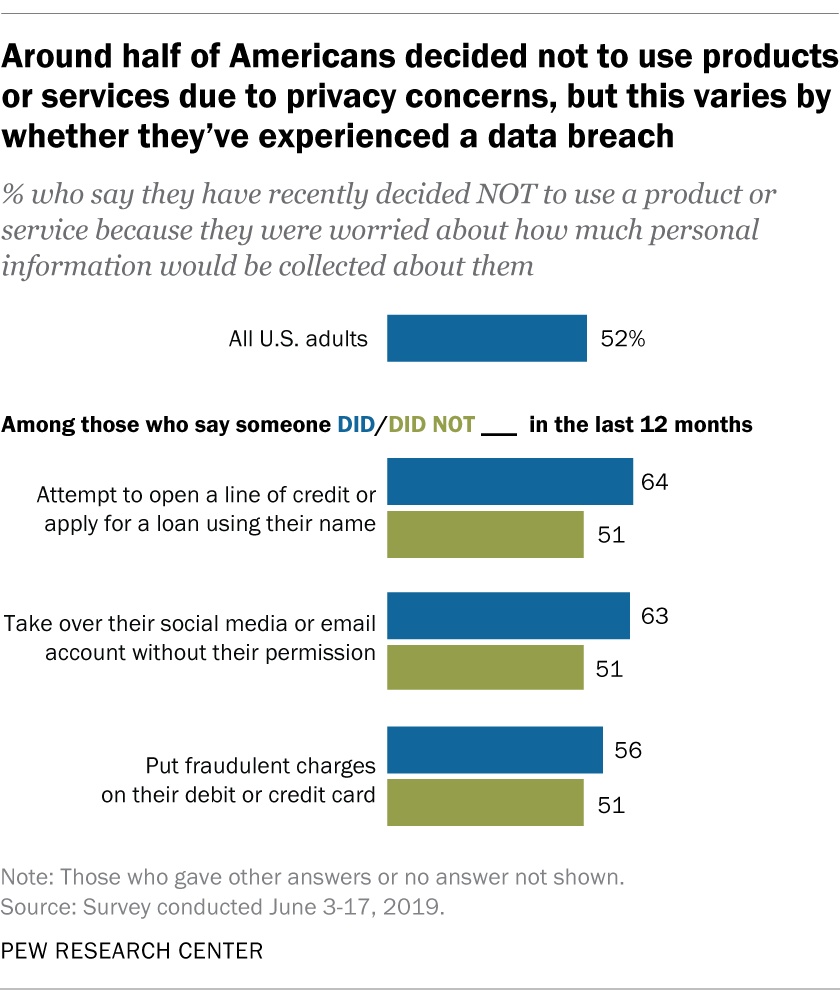 About half (52%) of U.S. adults said they decided recently not to use a product or service because they were worried about how much personal information would be collected about them.

Pew Research Center has long explored the growing concerns about privacy and security of personal information. This post draws on a survey of 4,272 U.S. adults conducted June 3-17, 2019, for research about Americans’ views about privacy and surveillance by companies and the government. Everyone who took part is a member of Pew Research Center’s American Trends Panel (ATP), an online survey panel that is recruited through national, random sampling of residential addresses. This way nearly all U.S. adults have a chance of selection. The survey is weighted to be representative of the U.S. adult population by gender, race, ethnicity, partisan affiliation, education and other categories. Read more about the ATP’s methodology.

There are also some differences between those with higher and lower levels of education and annual household incomes. Some 55% of college graduates and adults with some college education said they had decided not to use a product or service because of privacy concerns, compared with 45% of those with a high school education or less who said the same. And 54% of adults with an annual household income of $75,000 or more annually shared this concern, compared with 48% of those who make $30,000 or less. 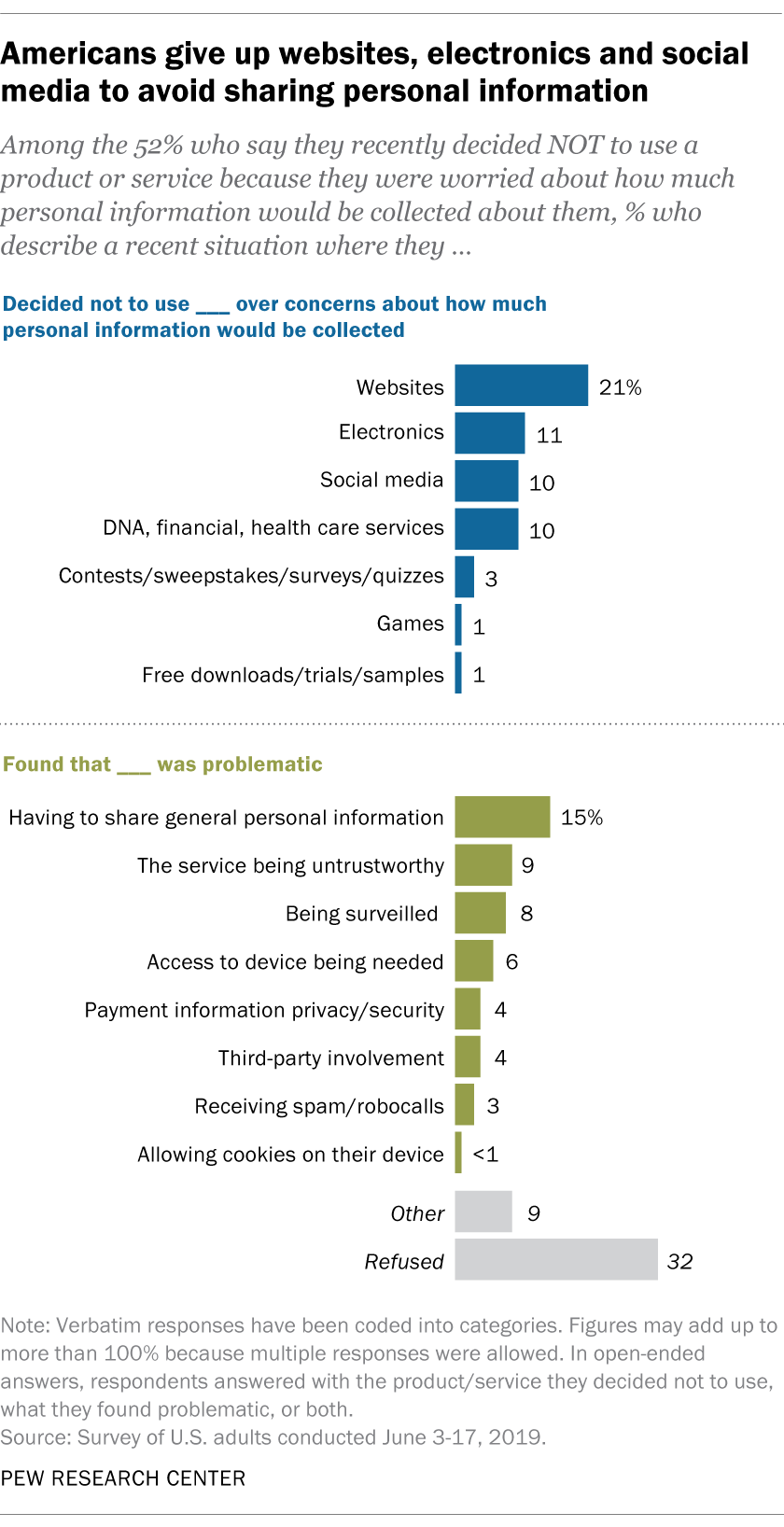 As far as the reasons for not using these things, the most cited concern was that they must share personal information (15%) in order to get access to the product or service. The second largest concern was that the product or service is untrustworthy (9%). A similar share (8%) cited surveillance as a concern. Smaller shares mentioned concerns such as giving payment information, potential third-party involvement and the risk of spam.

Some respondents elaborated on their reasoning. For instance, a 64-year-old man said: “An email arrived with links to articles. When I clicked the link, the site asked for demographic information about me. I declined to provide the information.”

Explaining her concern about electronics, a 29-year-old woman wrote, “My smart TV requested permission to collect audio data and other types of data for research. I am not comfortable with that, so I declined.”

Some people said they were interested in using various services but did research that changed their minds. One 27-year-old woman said, “I recently was interested in doing a gene analysis to get a better understanding of my ancestors. After doing research I found that companies actually keep this information and use it in other situations. This deterred me from going further with their service. I honestly do not have a clear understanding of what happens with such services but that is exactly what makes me wary of using such services.”