A majority of Americans are skeptical of the impact that industry funding has on scientific research and on the recommendations made by practitioners, according to a recent Pew Research Center survey. The public is somewhat more positive – though still ambivalent – about the effects of government funding on research and practitioner recommendations. 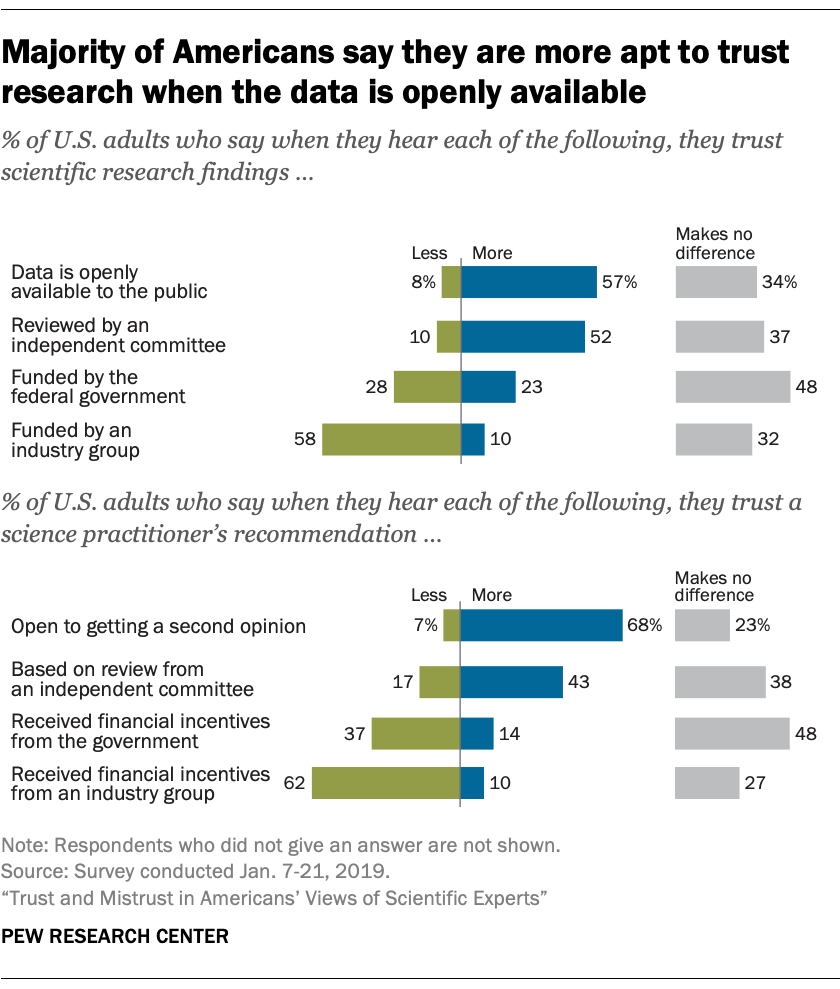 Americans are much more positive about the effects of two other factors included in the survey – open data and independent review – on the trustworthiness of research. A majority of adults (57%) say they trust research findings more when they hear the data is openly available to public, and about half (52%) say the same about research that has been reviewed by an independent committee. The pattern is similar when it comes to the trustworthiness of practitioner recommendations: A majority (68%) trusts recommendations more when the practitioner gets a second opinion, and 43% trust recommendations more if they’re based on an independent committee review.

Public skepticism about industry funding is consistent with past Pew Research Center findings. For example, a 2016 survey found Americans trusted scientists more than food industry leaders to provide full and accurate information about the health effects of eating genetically modified foods. The same survey also found that about a quarter or more of adults thought medical scientists’ research on the effects of GM foods (30%), childhood vaccines (27%) and climate change (26%) was influenced most of the time by the researchers’ desires to help the industries they work for.

Industry-funded research has been controversial in recent decades. For instance, research funded by the tobacco industry in the 1950s sought to discredit emerging science that suggested cigarette smoking caused lung disease. More recently, some scientists have been critical of industry-funded research in food science, arguing it has understated the potentially harmful effects of some food additives. 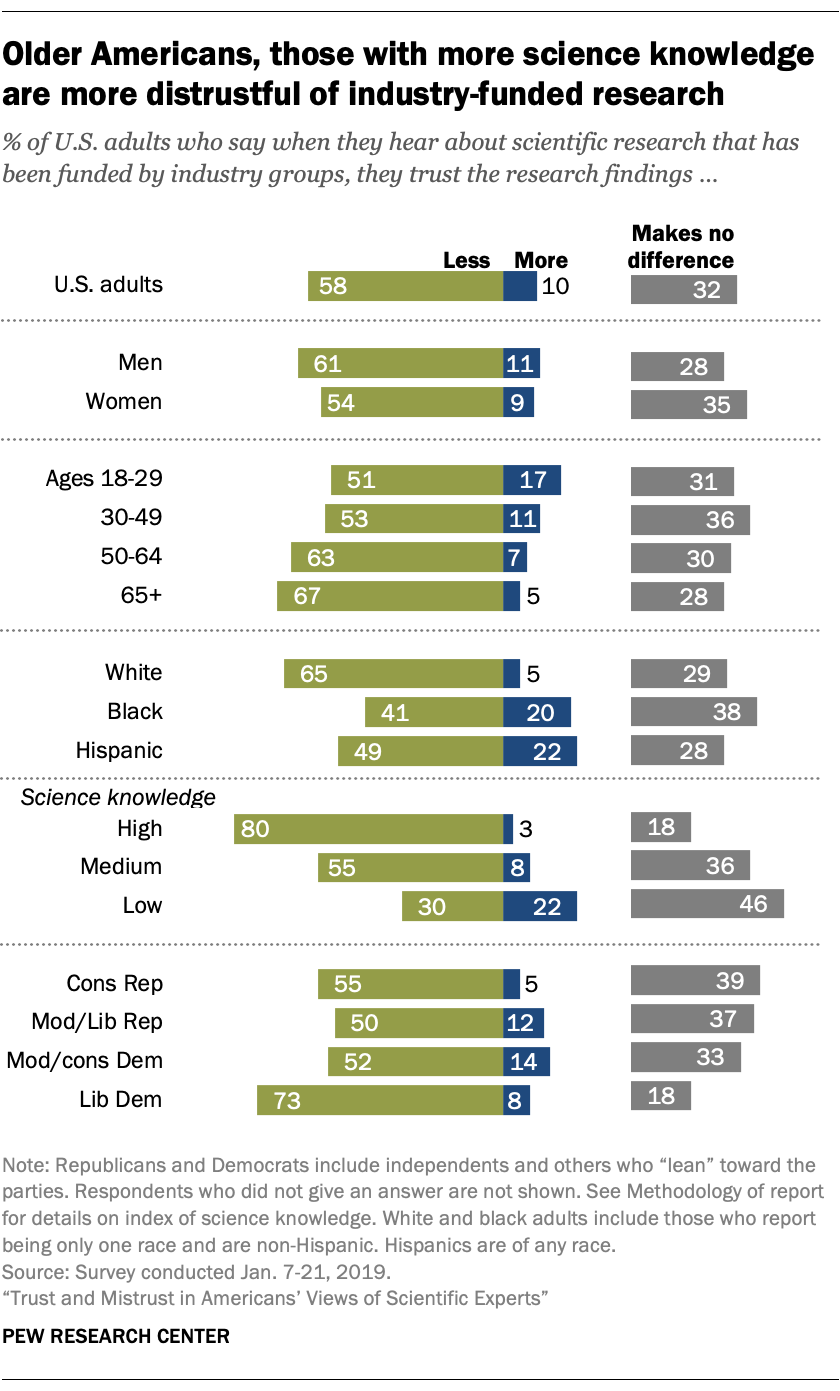 Modest differences emerge between partisans. Democrats and independents who lean Democratic are more likely to distrust industry-funded research than Republicans and Republican leaners (62% vs. 53%, respectively). This difference is largely driven by the opinions of liberal Democrats, who are the most wary of industry-funded research: Nearly three-quarters (73%) say they trust research less if they know it was funded by an industry group. This compares with 52% of moderate and conservative Democrats, 55% of conservative Republicans and half of moderate and liberal Republicans.