Black and Hispanic Americans are more likely than their white counterparts to say they at least sometimes feel the need to change the way they express themselves when they are around people with different racial and ethnic backgrounds – a phenomenon sometimes called “code-switching.” And black college graduates, particularly those under 50, are especially likely to feel this is necessary. 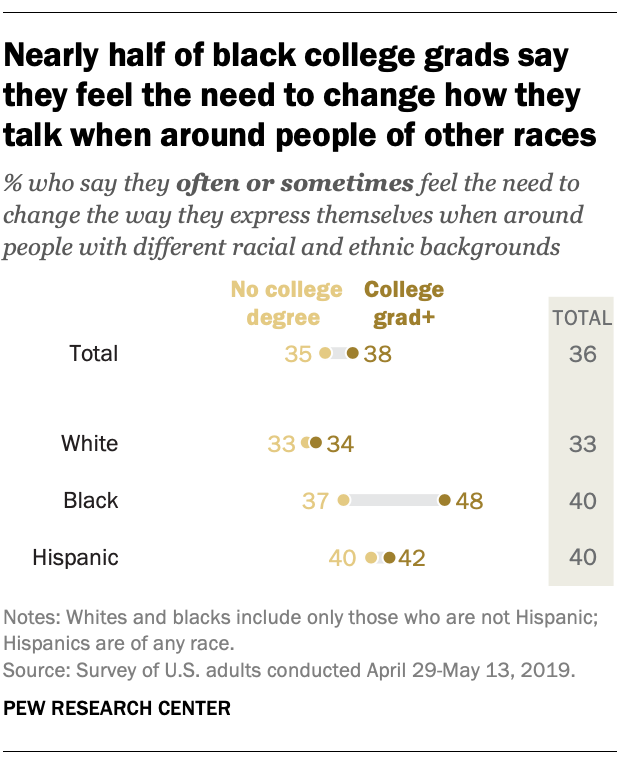 Overall, four-in-ten black and Hispanic adults and a third of whites say they often or sometimes feel the need to change the way they talk around others of different races and ethnicities, according to a survey conducted earlier this year by Pew Research Center.

Among black adults, 48% of those with at least a four-year college degree say they often or sometimes feel the need to code-switch, compared with 37% of those who do not have a college degree. Among Hispanic and white adults, there are no significant differences by education.

Black adults who do not have a college degree are nearly twice as likely as black college graduates to say they never feel the need to code-switch (38% vs. 20%). 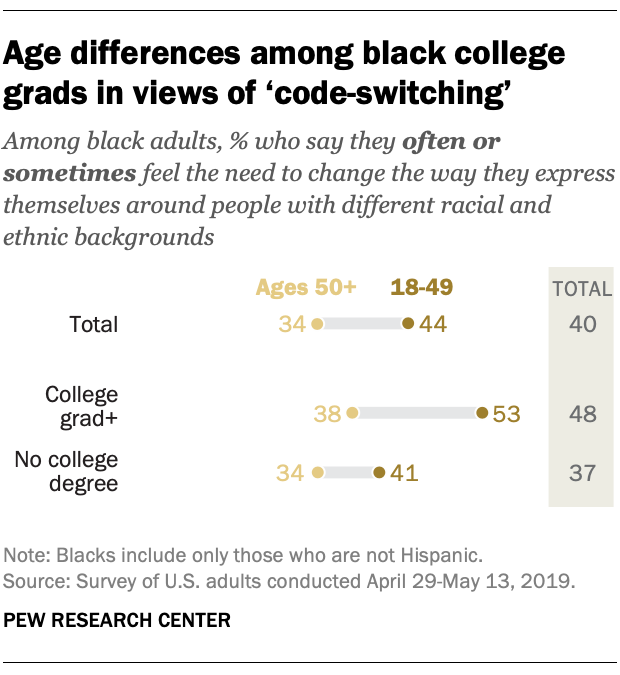 In addition to educational differences, age plays a role when it comes to code-switching among black Americans. Younger black adults are more likely than their older counterparts to report feeling the need to switch how they express themselves when they are among people of different racial and ethnic backgrounds.

A separate Pew Research Center study in early 2019 found differences by education level in black Americans’ experiences with racial discrimination. Although overwhelming majorities of black adults of all education levels say they have personally experienced discrimination or been treated unfairly because of their race or ethnicity, those with at least some college experience are more likely to say this than those with a high school education or less.