Today’s active duty military is smaller and more racially and ethnically diverse than in previous generations. The gender dynamics also have changed over the course of the past 50 years, with more women serving in the military – and as ranking officers – in 2017 than ever before. 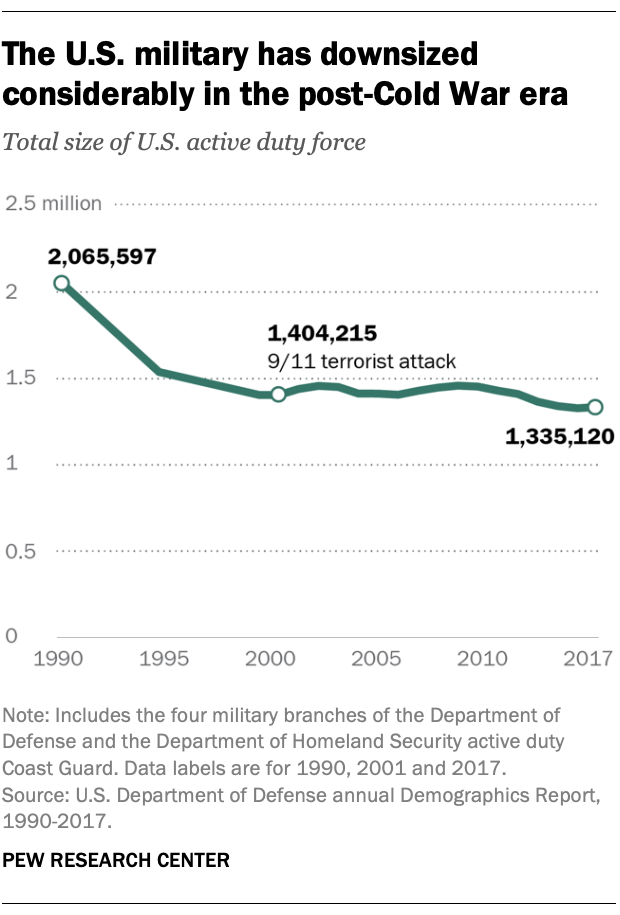 These demographic changes in the active forces also have been reshaping the profile of the veteran population. (For more, see our new report on veterans, “The American Veteran Experience and the Post-9/11 Generation.”)

The overall size of the U.S. military has been on a downward trajectory for several decades. Some of the declines in military participation that followed the Cold War and Gulf War were halted with the 9/11 terrorist attacks. Later, conflicts in Iraq and Afghanistan increased the overall size of the military.

In 2017, there were roughly 1.34 million men and women serving on active duty. This number is down from a recent high of 1.46 million in 2010 and down substantially from more than 2 million active duty service members in 1990. 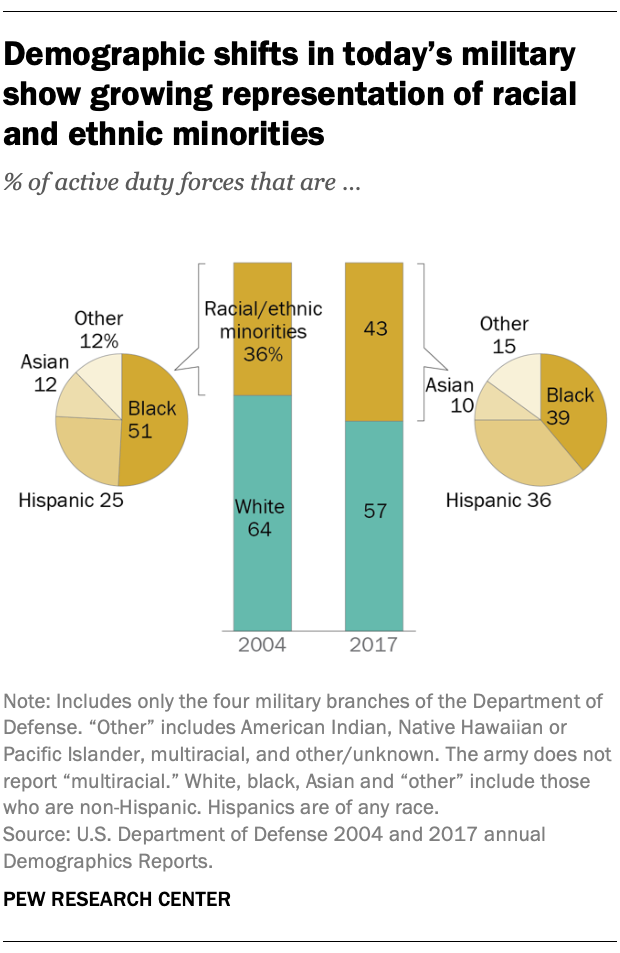 A look at the racial and ethnic profile of active duty service members shows that while the majority of the military is non-Hispanic white, black and Hispanic adults represent sizable and growing shares of the armed forces. In 2017, 57% of U.S. servicemembers were white, 16% were black and 16% were Hispanic. Some 4% of all active duty personnel were Asian and an additional 6% identified as “other” or unknown.

The share of racial and ethnic minorities in the military has grown steadily in recent decades. Hispanics, in particular, are the fastest growing minority population in the military – a shift that aligns with larger demographic trends in the United States.

In 2004, 36% of active duty military were black, Hispanic, Asian or some other racial or ethnic group. Black service members made up about half of all racial and ethnic minorities at that time. 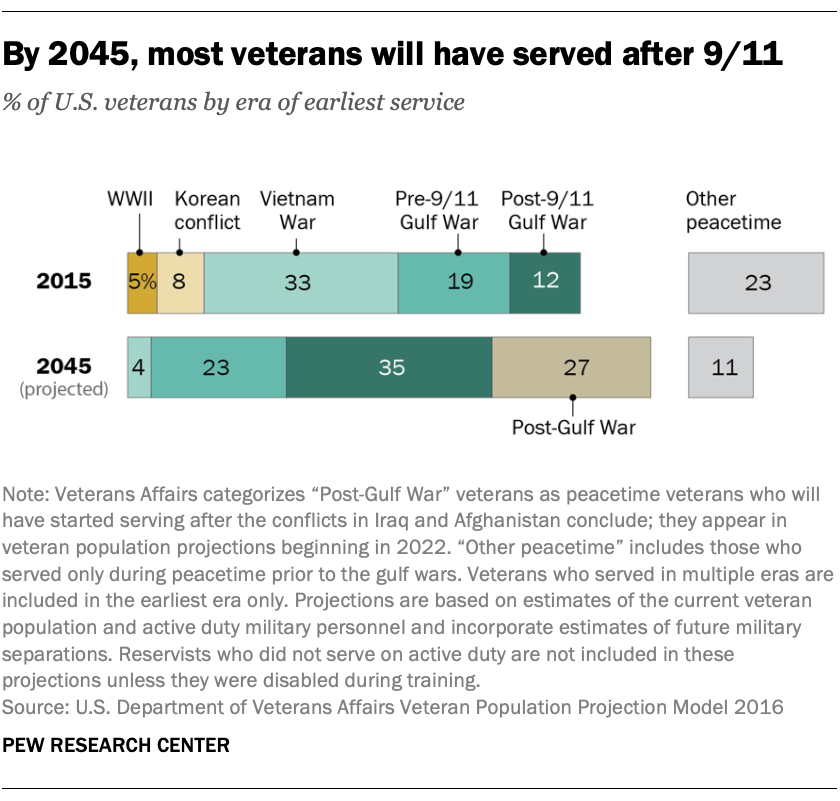 Today’s military is comprised of service members who served during a wide range of eras, from World War II to the post-9/11 conflicts. But the share who served in pre-9/11 eras will dwindle in future decades.