Three years after Hillary Clinton became the first woman to be a major U.S. political party’s nominee for president, a historic high of six women are running for the 2020 Democratic presidential nomination. But how do Americans feel about the prospect of a woman in the White House? And what barriers do they see for women in politics? 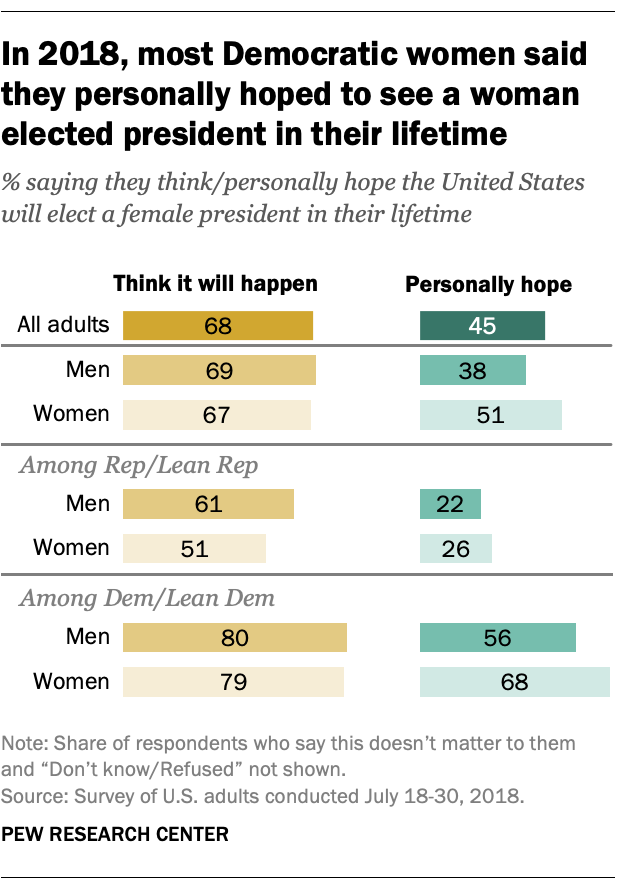 Regardless of how they personally felt about it, majorities of Democrats and Republicans agreed that there would likely be a woman in the White House in their lifetime. Still, Democrats were more likely than their Republican counterparts to say they expect to see a female president in their lifetime (80% vs. 57%). Overall, about two-thirds of Americans (68%) said they thought the U.S. would elect a female president in their lifetime, down somewhat from 73% in 2014, but higher than the 54% who said this in 1996, when the question was first asked. 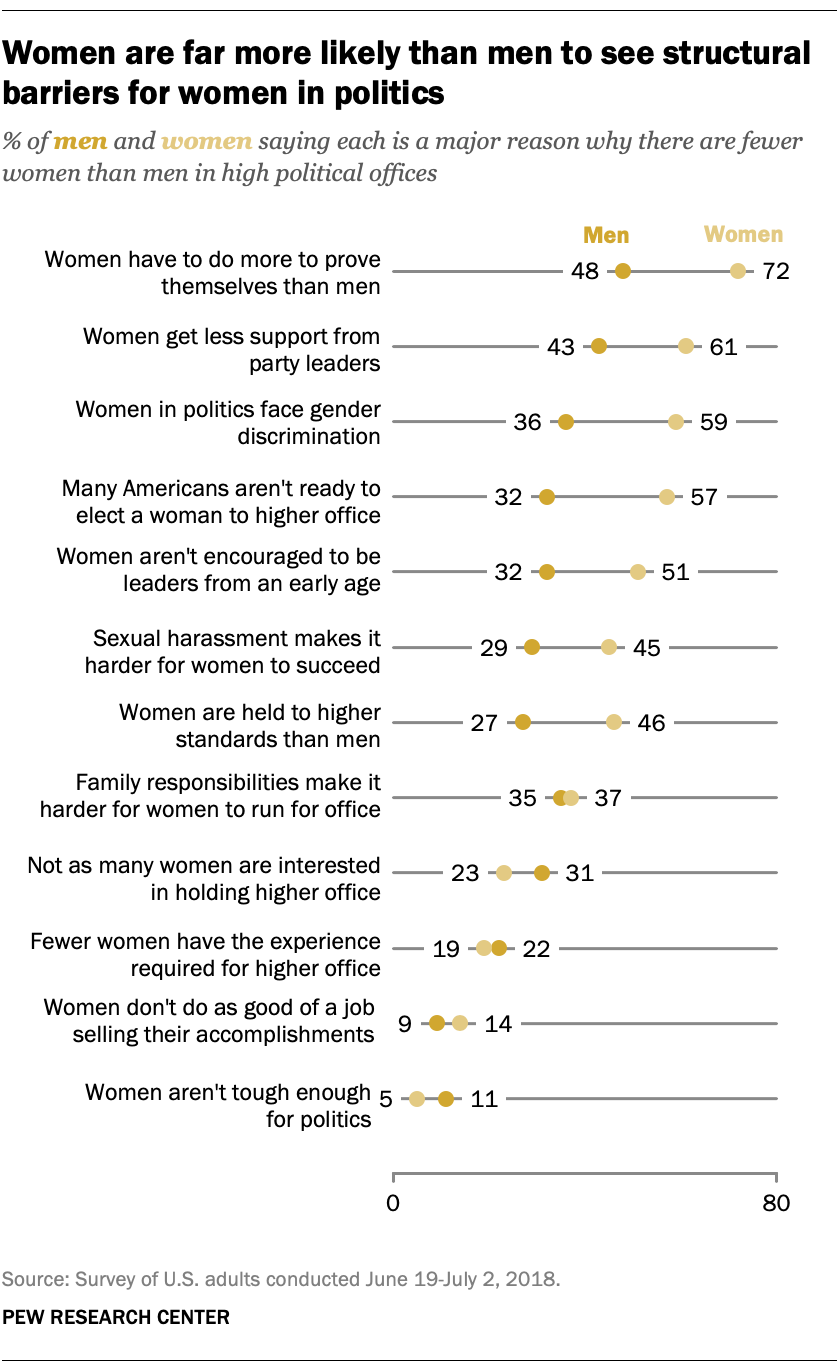 Among the obstacles Americans – especially women – see for women in politics is women having to do more to prove themselves than men. About six-in-ten (61%) overall said this is a major reason why there are fewer women than men in high political offices. About half (52%) pointed to women getting less support from party leaders and 49% named gender discrimination as major reasons.

For the most part, public sees little difference between men and women in their leadership traits and competencies 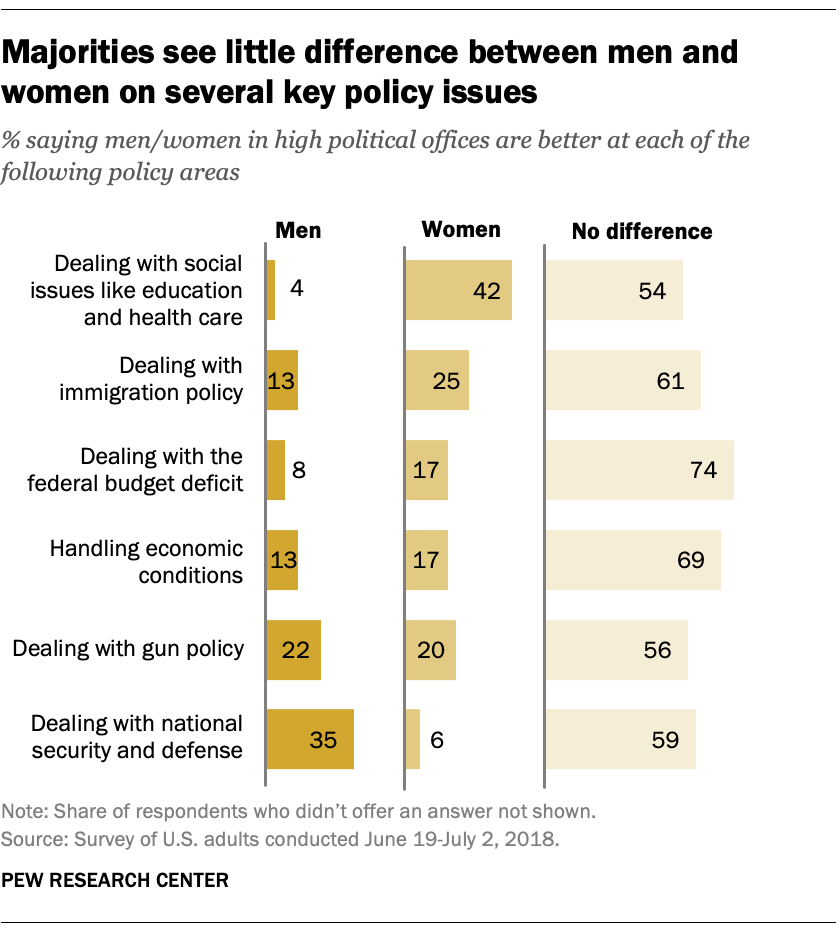 When asked whether men or women are better at dealing with a variety of policy areas, ranging from social issues like education and health care to gun policy or national security, a majority of Americans said men and women were equally capable. To the extent that the public saw a difference, more gave women the edge when it comes to dealing with social issues, while men were seen as better at dealing with national security and defense.

Americans also largely see men and women in high political offices as no different in terms of key leadership qualities. In fact, on only one trait – being compassionate and empathetic – did a majority say one gender was better than the other (61% said female political leaders were better in this regard). More also said women were better at serving as a role model for children, working out compromises, being honest and ethical, maintaining a tone of civility and standing up for what they believe in, but majorities saw no gap between male and female politicians in most of these areas.