There were 11.6 million immigrants from Mexico living in the United States in 2017, and fewer than half of them (43%) were in the country illegally, according to Pew Research Center estimates. Mexico is the country’s largest source of immigrants, making up 25% of all U.S. immigrants.

As President Donald Trump’s administration has taken a variety of steps to reduce the number of unauthorized immigrants in the U.S. – including through the increase of law enforcement agents at the southern border – here’s what we know about illegal immigration from Mexico. 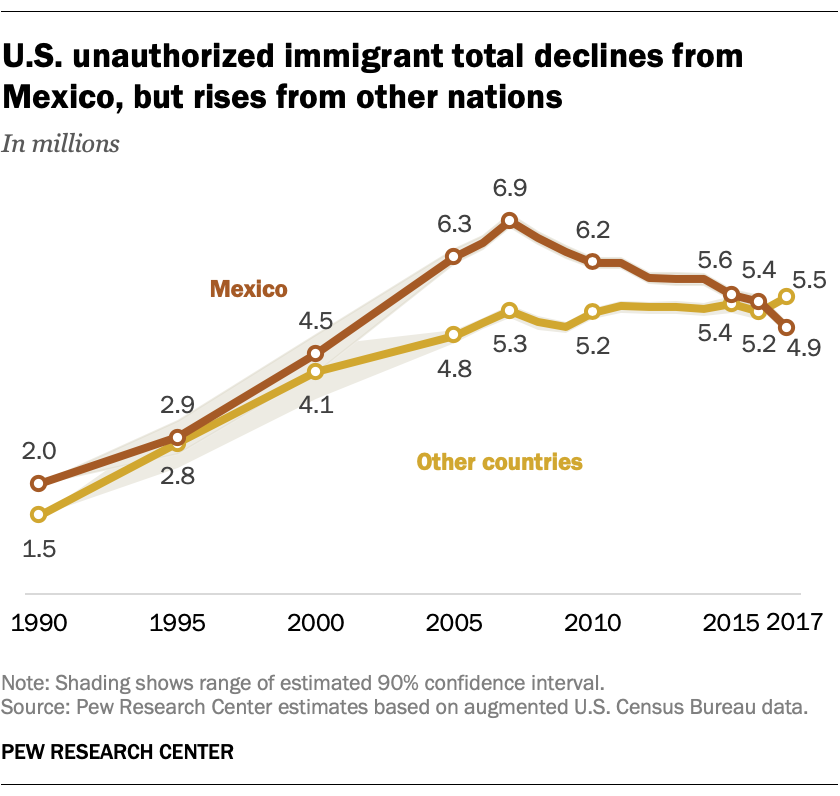 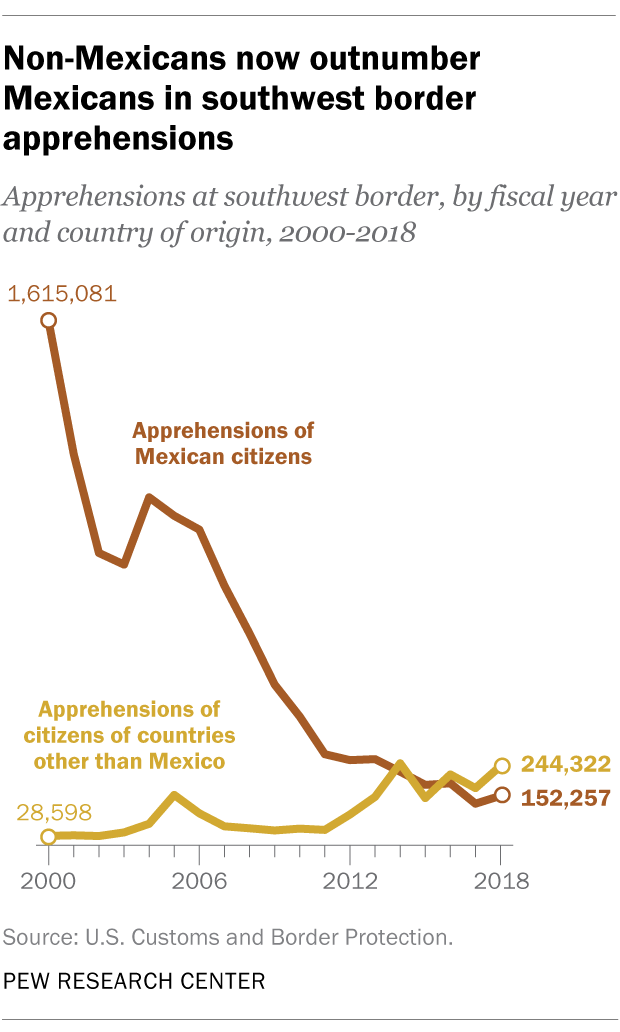 3Mexicans were deported from the U.S. 192,334 times in fiscal 2017, down from a recent high of 307,120 in fiscal 2013 – but up from 169,031 in fiscal 2005. The increase over the past decade occurred after a 2005 shift in policy that increased the chances of being deported following apprehension in the border region. Prior to that change, many unauthorized immigrants were returned without a formal deportation order. 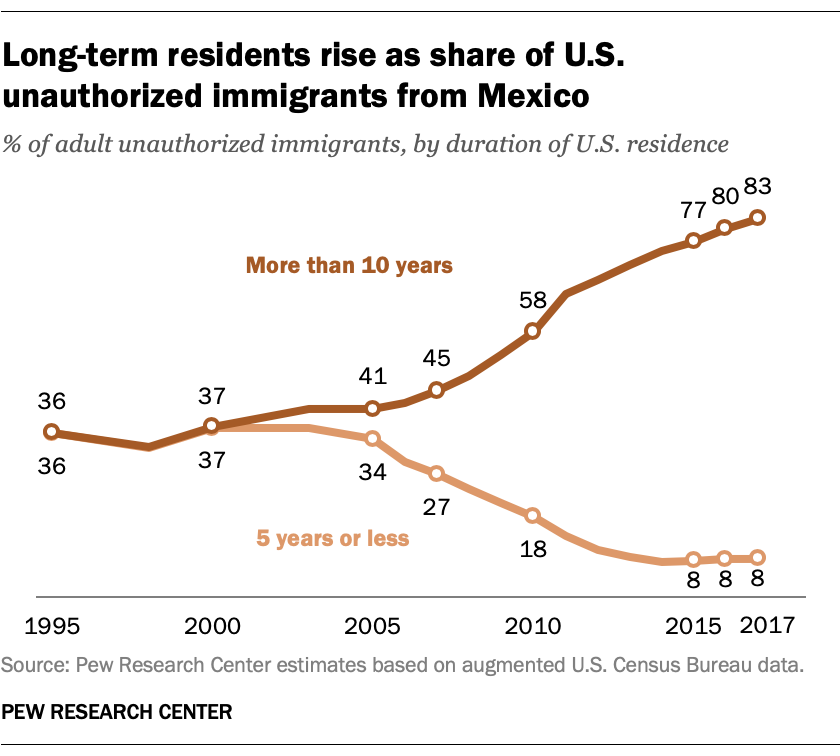 5About 536,000 unauthorized immigrants from Mexico are enrolled in the Deferred Action for Childhood Arrivals program as of April 2019, which provides work permits and protection from deportation to those who meet certain requirements. Mexico is the origin country with the most active DACA recipients by far. The next highest countries are El Salvador (26,000), Guatemala (17,000) and Honduras (16,000). Trump ordered an end to DACA in September 2017, but enrollees can remain in the program while federal courts consider cases regarding its future.

Note: This post was originally published July 5, 2015 and has been updated.

Mexicans decline to less than half the U.S. unauthorized immigrant population for the first time