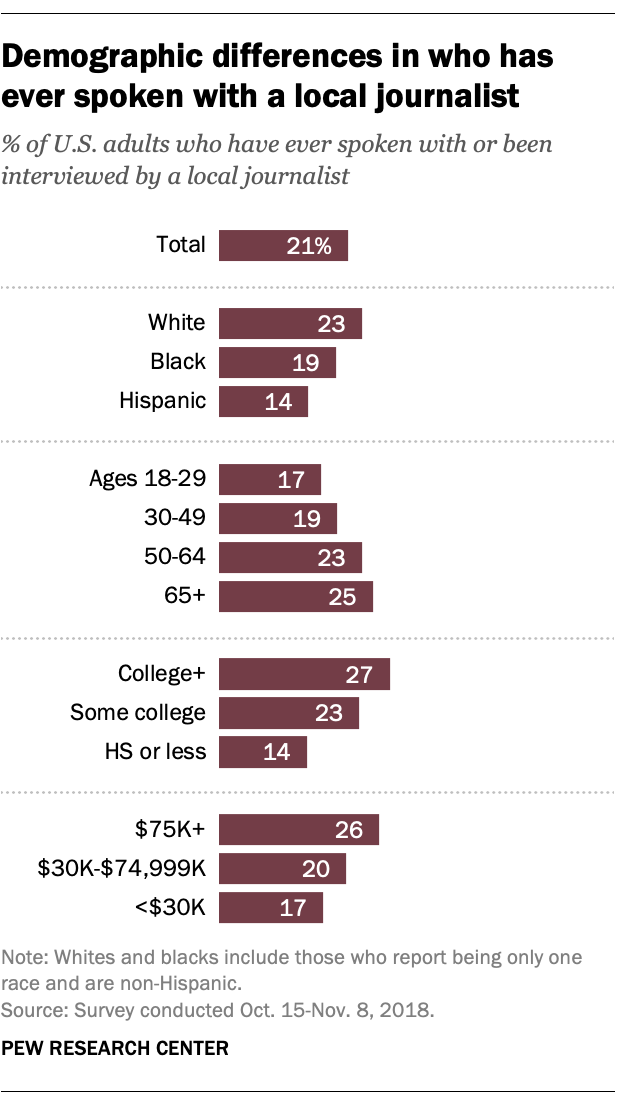 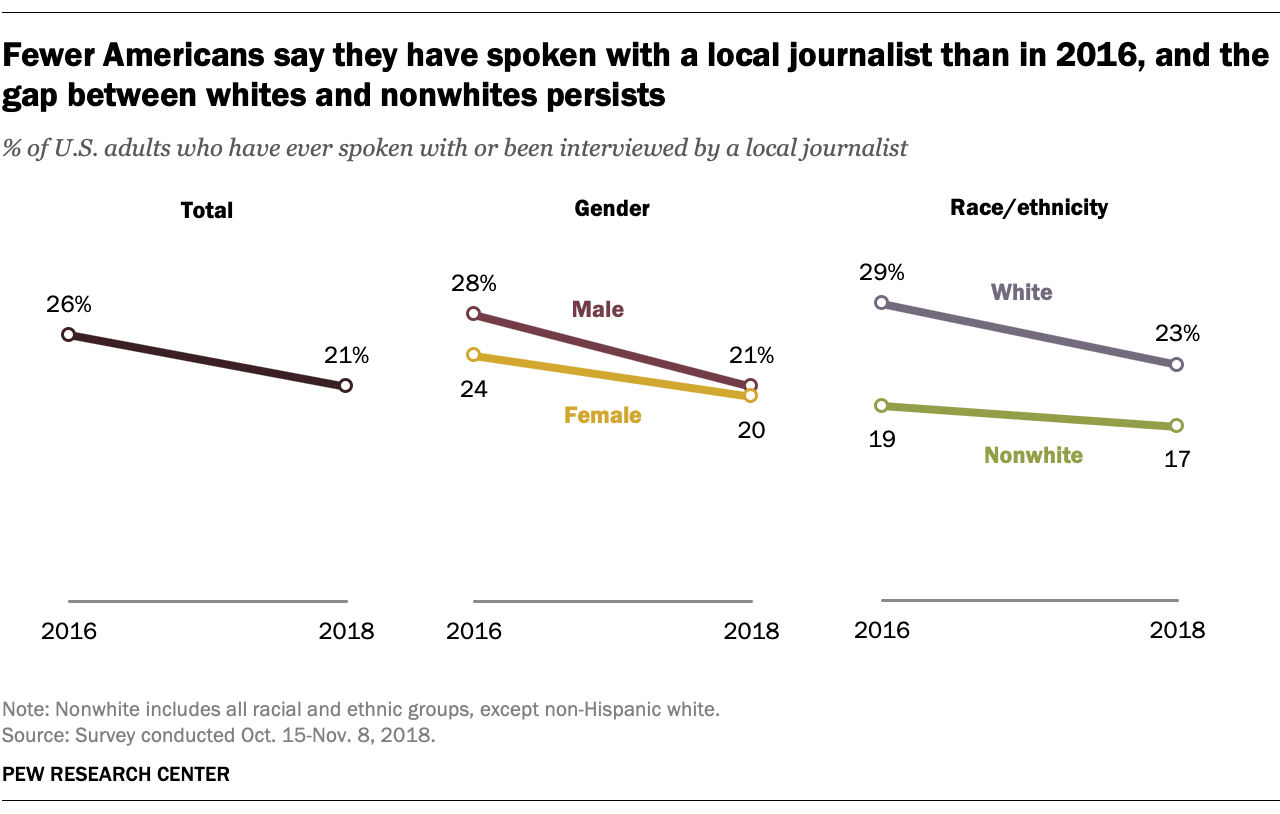 Whites more likely than nonwhites to have spoken to a local journalist
Who pays for local news in the U.S.?
How Americans feel about the satisfactions and stresses of modern life
Key trends in social and digital news media
Q&A: What Pew Research Center’s new survey says about local news in the U.S.