Both men and women turned out at record rates in the 2018 midterm election – mirroring historic turnout increases among other segments of the eligible voting population. Compared with 2014, voter turnout increased by double digits among both men (11 percentage points) and women (12 points). 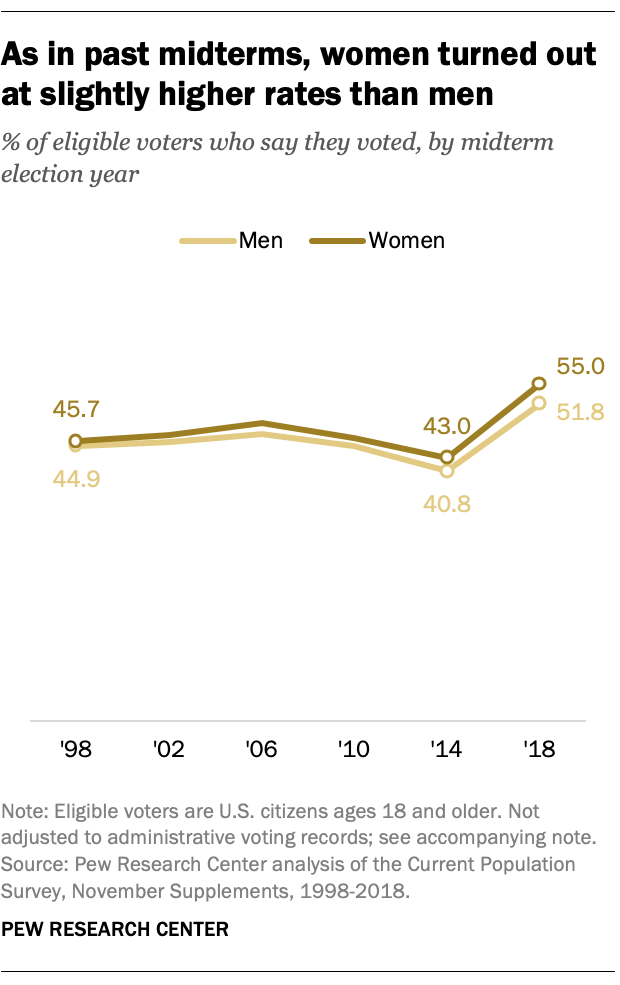 As has been the case in the last five midterm elections dating back to 1998, women turned out to vote at slightly higher rates than men. Over half of women (55%) who were eligible to vote cast ballots in the 2018 midterms in November, as did 51.8% of men, according to a Pew Research Center analysis of newly released data from the U.S. Census Bureau.

In 2018, women made up about the same share of the electorate as they did in the previous five midterms; 53% of voters were women and 47% were men. 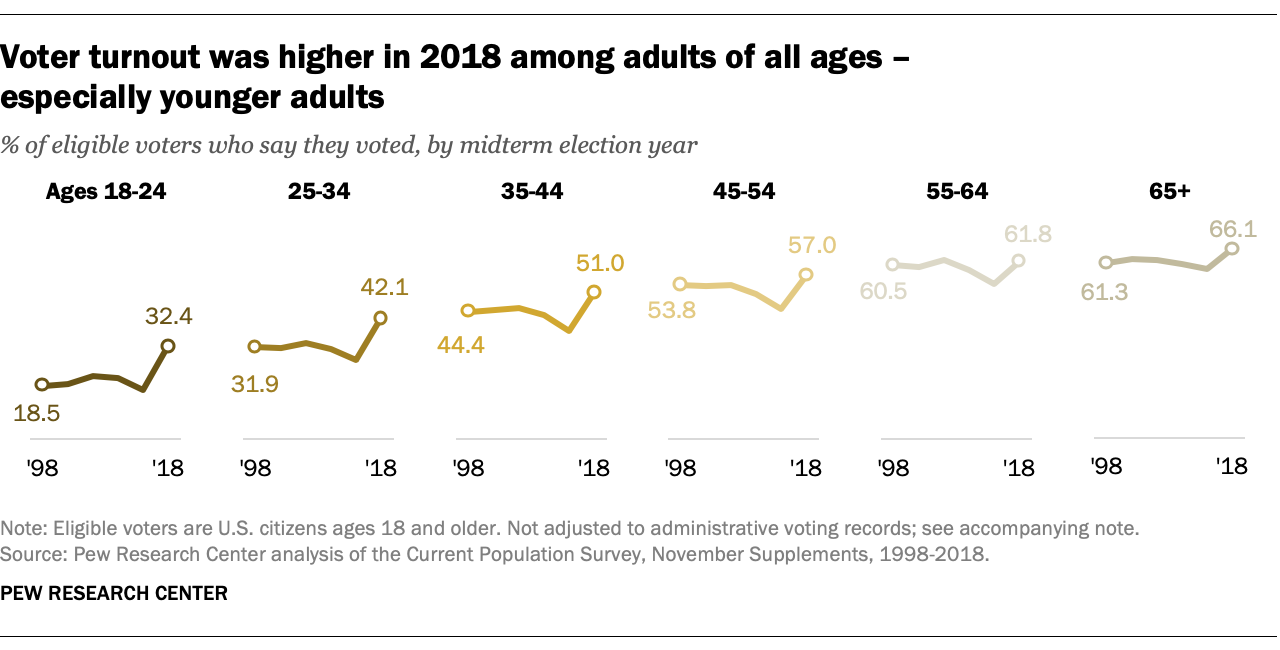 The increases in turnout among older adults were more modest. About two-thirds (66.1%) of eligible adults 65 and older cast a ballot in the 2018 midterm – up from 59.4% in the 2014 midterm election. Those ages 55 to 64 increased their turnout rate by 7.8 percentage points. Older age groups continued to be much more likely than younger groups to vote in the midterms.

Though turnout among women was about 3 percentage points higher than men overall, the difference in turnout by gender varied significantly by age. Among younger voters (18 to 44), the gender gap was wider than the gap for older voters (45 and older). 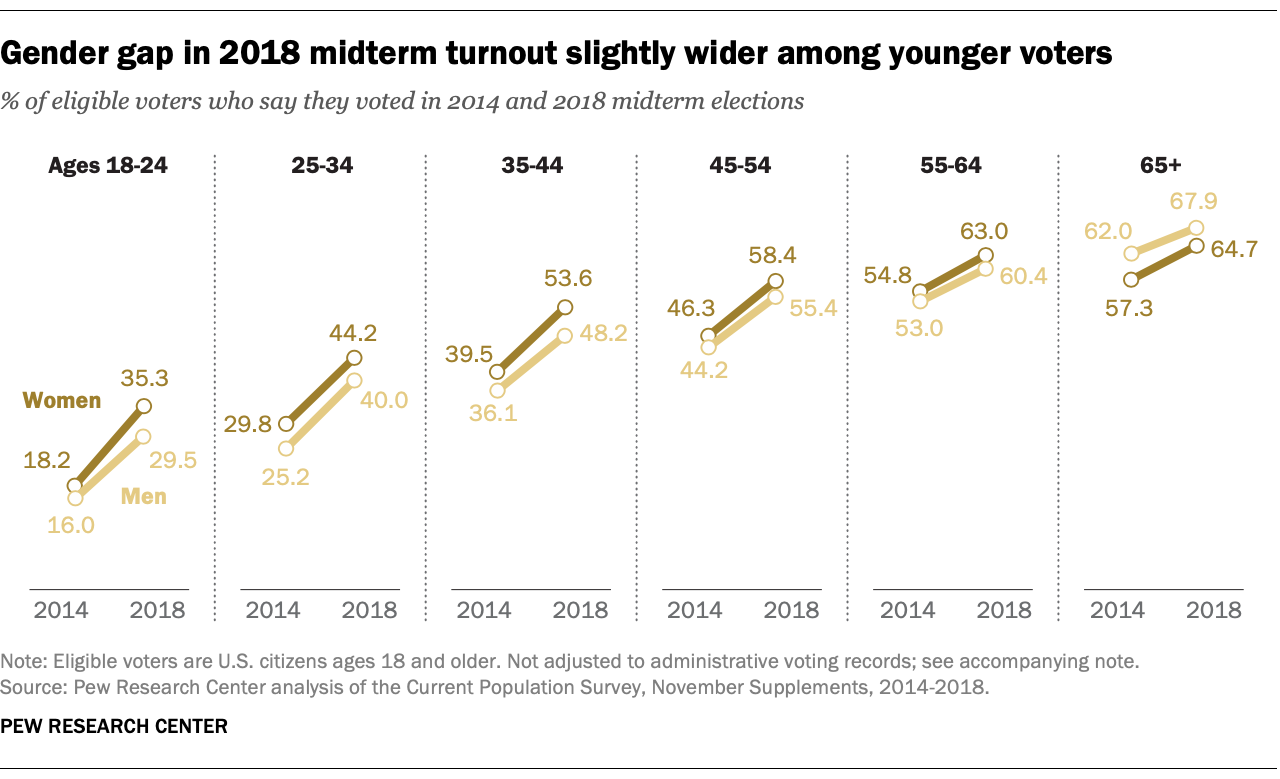 Correction: In a previous version of this post, Aram Hur’s name was misspelled in the section “Challenges in estimating voter turnout rates with the Current Population Survey.”