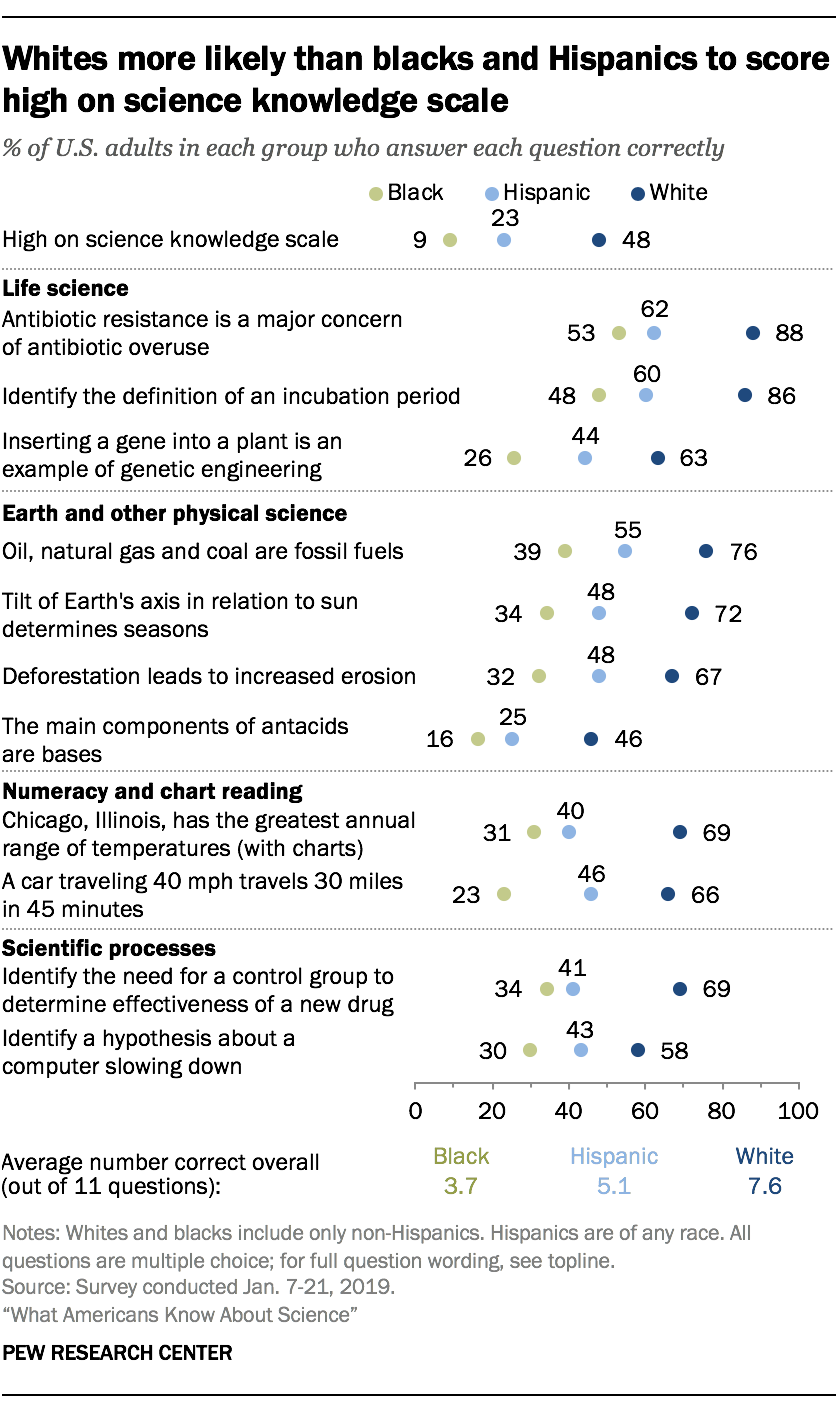 U.S. racial and ethnic groups vary significantly in their knowledge of science-related issues, according to a new Pew Research Center survey that quizzed Americans about subjects ranging from life and physical sciences to numeracy and chart reading.

On average, whites got 7.6 questions correct while Hispanics got 5.1 and blacks 3.7. English-speaking Asians got an average of 7.0 correct answers, but it’s important to note the survey was only conducted in English and Spanish. (Asians are less likely than whites and blacks, but not Hispanics, to be proficient in English.)

There were large differences by race and ethnicity across all the individual science knowledge questions in the survey. For example, 46% of whites correctly identified the main components of antacids as bases. In comparison, one-quarter of Hispanics and 16% of blacks got the correct answer on this question. And 88% of whites correctly answered that antibiotic resistance is a major concern of antibiotic overuse, while 62% of Hispanics and 53% of blacks answered this question correctly.

Previous Pew Research Center surveys have also found differences in science knowledge between whites, blacks and Hispanics. And an analysis of the factual knowledge questions on the General Social Survey (GSS) shows a similar pattern: In aggregated surveys conducted between 2006 and 2016, whites got an average of 6.1 out of nine questions correct, compared with 4.8 questions for Hispanics and 4.4 for blacks. 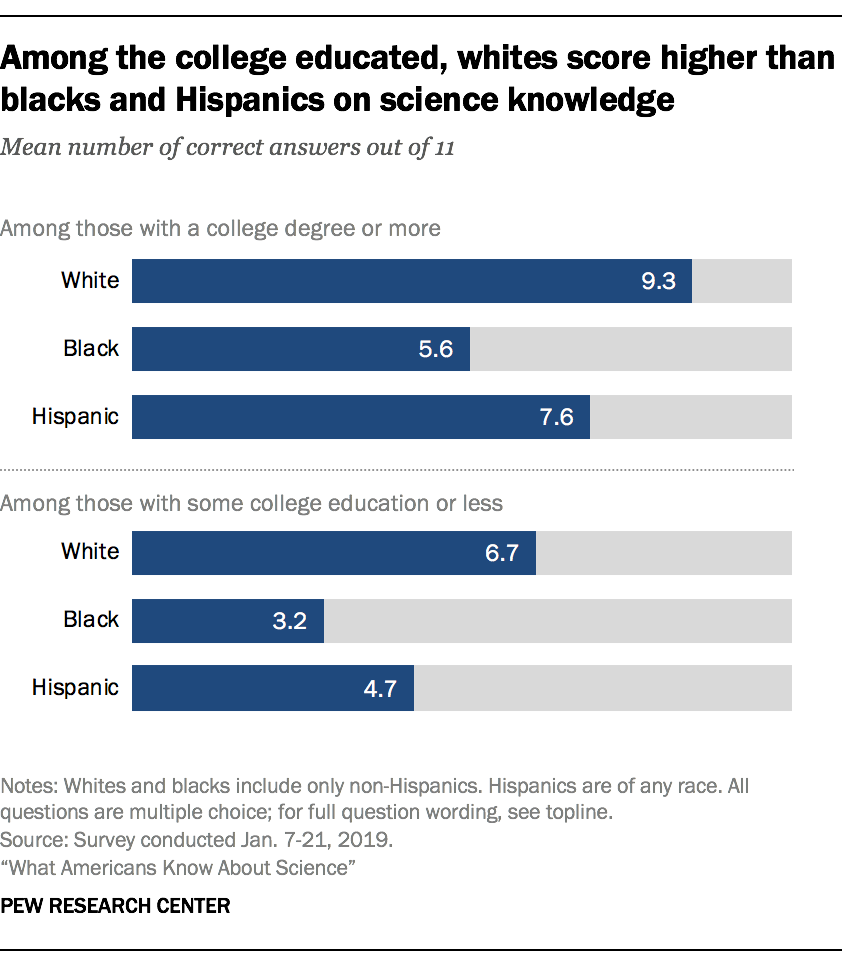 The sources of differences in science knowledge are likely to be complex. On average, black and Hispanic students score lower than whites on standardized tests on science in elementary, middle and high school, even as these achievement gaps have narrowed over time. Among eighth-graders taking the 2015 National Assessment of Educational Progress (NAEP) science test, for example, the average score for whites was 166, versus 140 for Hispanics and 132 for blacks. Blacks and Hispanics were also less likely than whites in high school to express interest in science, according to the 2015 NAEP.