Nigeria will be holding presidential and parliamentary elections against a backdrop of negative sentiment in the country about the state of the economy and political system. These attitudes were evident in a Pew Research Center survey conducted in the summer of 2018.

Nigeria is home to the largest population in Africa, which is almost evenly split between Muslims and Christians. Incumbent President Muhammadu Buhari of the All Progressives Congress (APC) will be running against multiple candidates including former Vice President Atiku Abubakar of the People’s Democratic Party (PDP), John Gbor of the All Progressives Grand Alliance (APGA), Usman Muhammed of the Labour Party (LP) and others. Tensions in the country have grown in the final weeks before elections because of Buhari’s controversial decision to suspend the country’s chief justice.

These five charts capture the Nigerian public’s mood about the state of their nation and the differing attitudes of the Muslim and Christian populations. 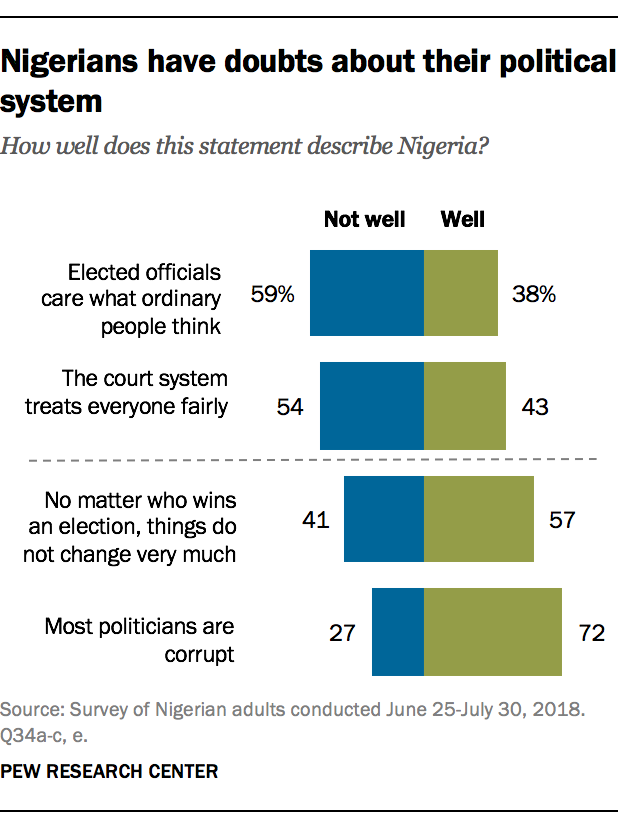 Many Nigerians are skeptical about the country’s political and judicial systems. Almost six-in-ten (59%) say the statement “elected officials care what ordinary people think” does not describe their country well. In addition, a 57% majority believes that no matter who wins an election, things do not change very much for people in Nigeria.

Roughly seven-in-ten Nigerians (72%) believe the statement “most politicians are corrupt” describes their country well, and fully six-in-ten say it describes Nigeria “very well.” Still, a 2017 survey by Afrobarometer, an African research network, found that 54% of Nigerians agree that ordinary people can make a difference in the fight against corruption.

Over half (54%) do not think the court system treats everyone fairly, the Center’s survey found. And according to Afrobarometer, a quarter of Nigerians don’t trust courts of law at all. 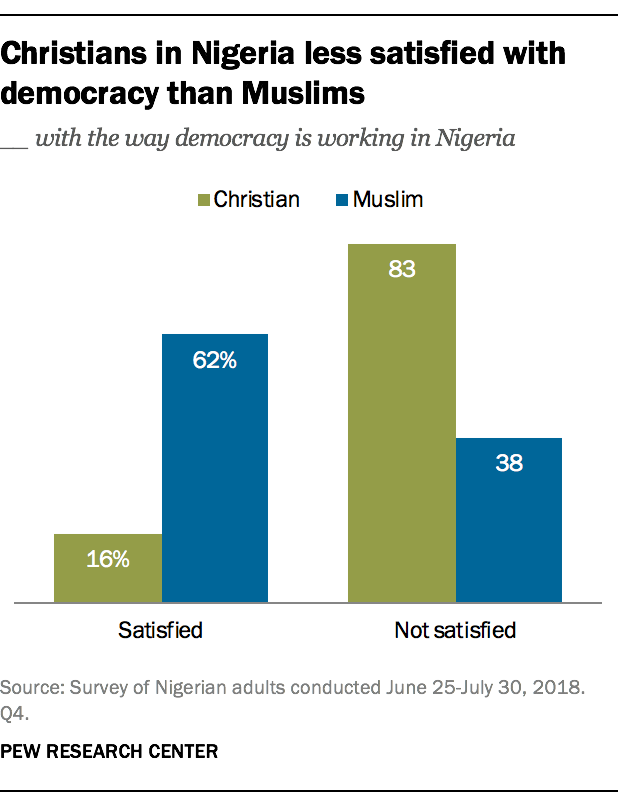 There is a wide gulf between Christians and Muslims in their views of the political system.  Only 16% of Christians in Nigeria are satisfied with the way democracy functions in their country, while a large majority (83%) is unsatisfied. Meanwhile, 62% of Muslims are happy with the state of their democracy, and 38% are unsatisfied. 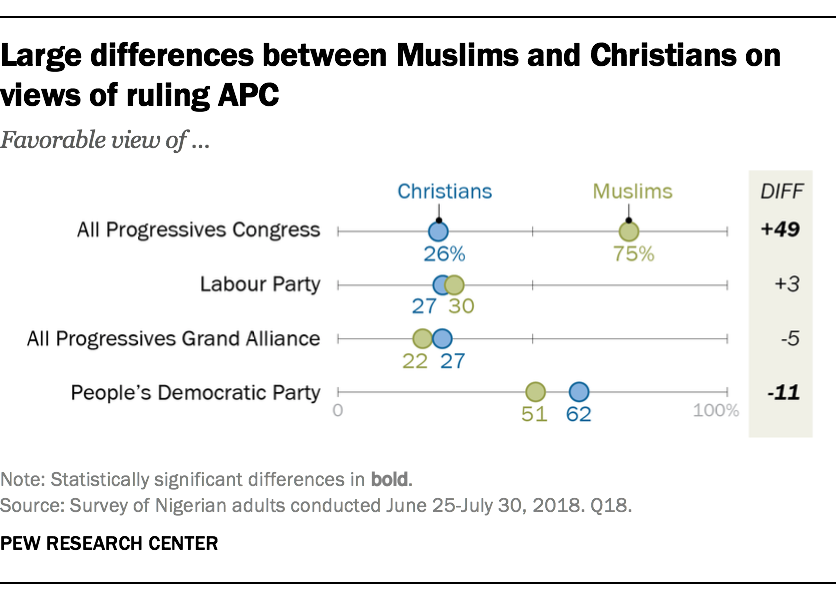 Views of the two largest political parties vary sharply by religion. Both the APC and PDP are popular among Nigerians, with 50% and 57% favorability ratings, respectively. By comparison, 28% of Nigerians rate the LP favorably and 24% have a favorable view of the APGA, though roughly one-third did not give an opinion of either party.

Nigerian Muslims (75%) view Buhari’s APC much more favorably than Christians (26%). Conversely, 62% of Christians and 51% of Muslims have a favorable view of the PDP. There are no differences between the two groups in their views of the other parties included in the survey. 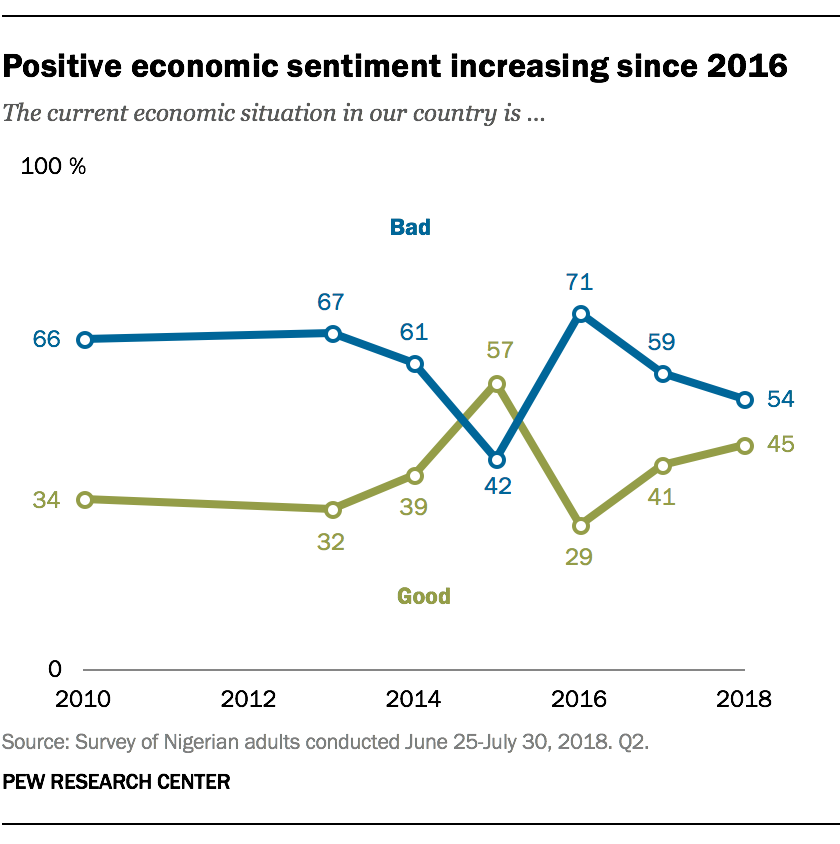