Partisan loyalty and dislike of the opposing party and its candidates were major factors for voters’ choices in this month’s midterm elections, with far fewer citing policies as the main reason why they voted for Democratic or Republican candidates. 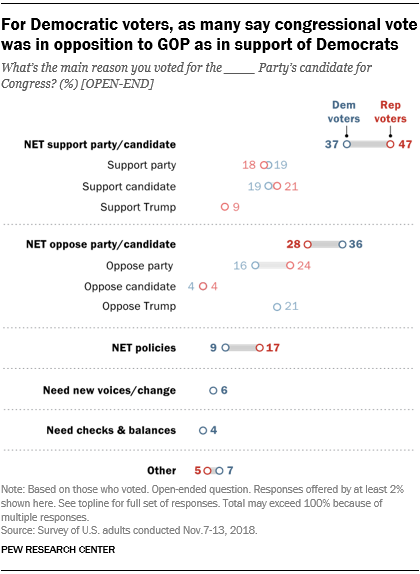 Asked an open-ended question about why they voted as they did, 36% of those who voted for the Democratic candidate in their district cited opposition to President Donald Trump, the Republican Party or the GOP’s candidate as the main reason for their vote – about the same share (37%) as said they were motivated primarily by support for their own party or party’s candidate. (For more on reactions to the election and expectations for the new Congress, see “Public Expects Gridlock, Deeper Divisions With Changed Political Landscape.”)

In contrast, 47% of Republican voters mentioned support of the GOP, Trump or the Republican candidate in their district, while fewer (28%) mentioned opposition to the Democratic Party or Democratic candidates.

Republican voters were more likely than Democrats to cite policies or national conditions as factors in their voting decisions (17% vs. 9%). While economic policies were mentioned by 10% of Republican voters, only 2% explicitly mentioned “the good economy” as the main reason they voted for a Republican candidate. Just 9% of Democratic voters cited policies as the main factor in their vote, with 5% mentioning health care.

About one-in-ten Democratic voters said the main reason for their vote was to “change America” (6%) or to increase “checks and balances” (4%) in government. 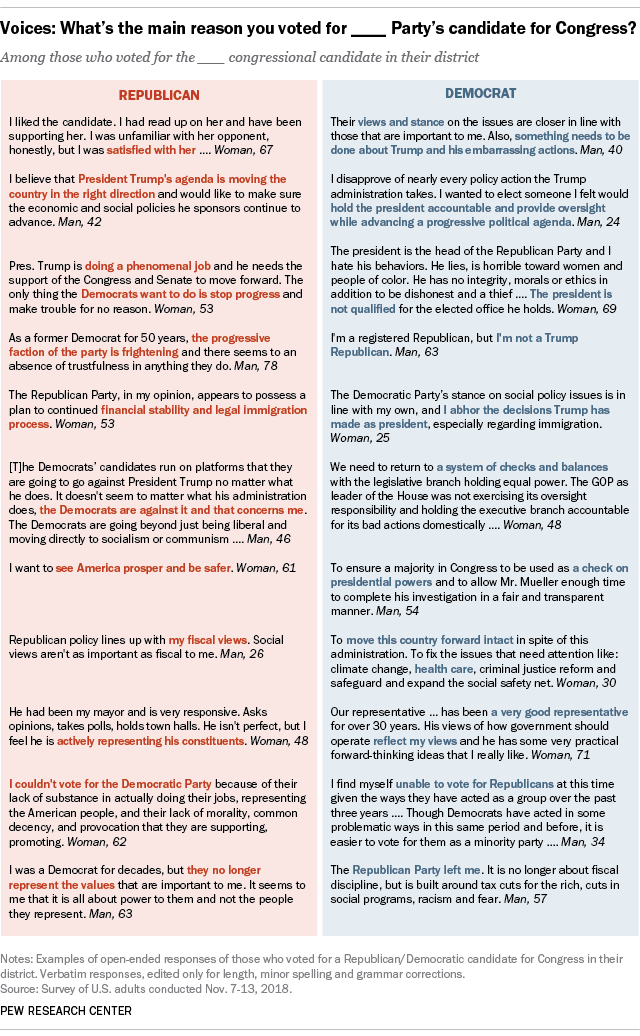