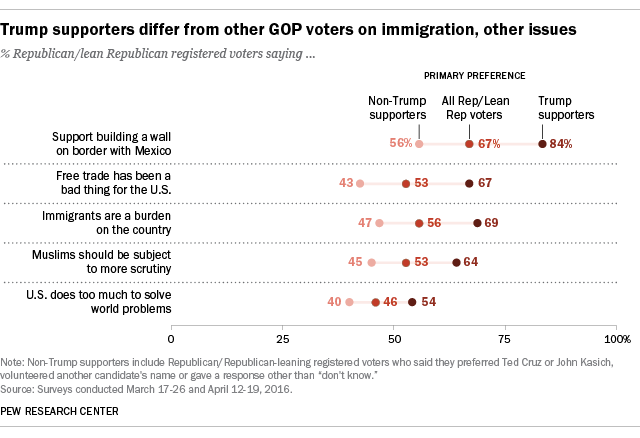 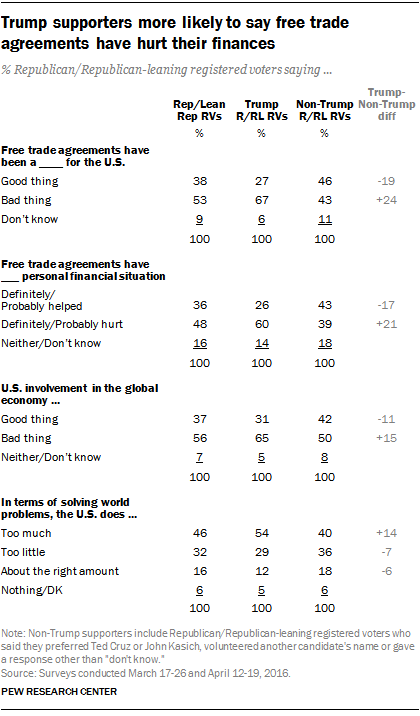 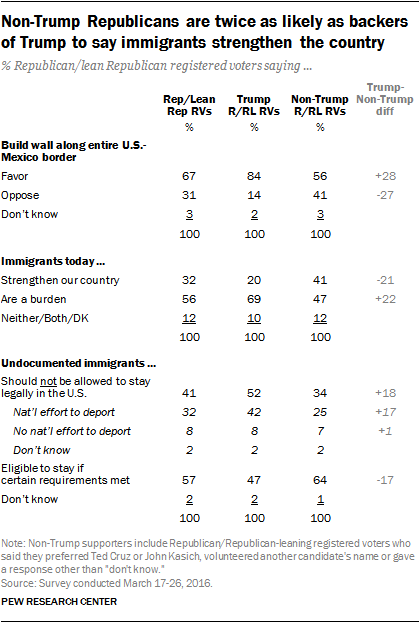 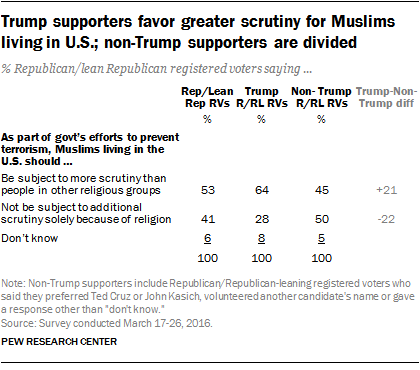 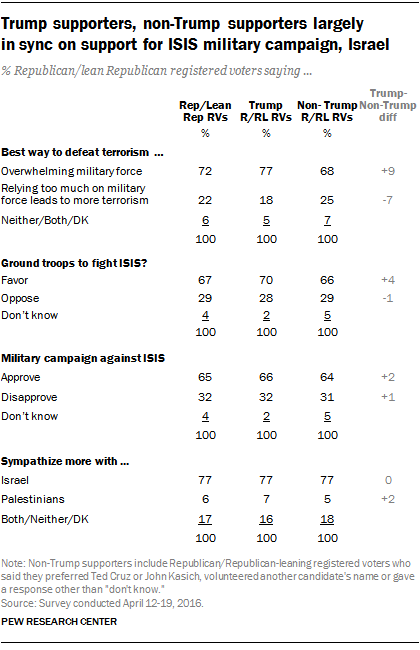 Clinton, Sanders supporters differ sharply on U.S. global role
6 charts that show where Clinton and Trump supporters differ
5 facts about Trump supporters’ views of immigration
Republicans, especially Trump supporters, see free trade deals as bad for U.S.
On most issues, Sanders primary supporters further from GOP voters than Clinton backers
Election night marks the end of one phase of campaign 2020 – and the start of another
The Trump-Biden presidential contest
The Changing Racial and Ethnic Composition of the U.S. Electorate
Democrats’ advantage over Republicans among Florida registered voters has shrunk since 2016
Large Shares of Voters Plan To Vote a Straight Party Ticket for President, Senate and House