After a key procedural vote Monday, the Senate is debating a bill to outlaw workplace discrimination against gays, lesbians, bisexuals and transgender people, almost two decades after the first such measure was introduced in Congress. But even if the Democratic-controlled Senate passes the Employment Non-Discrimination Act, or ENDA, it faces strong opposition in the Republican-run House. 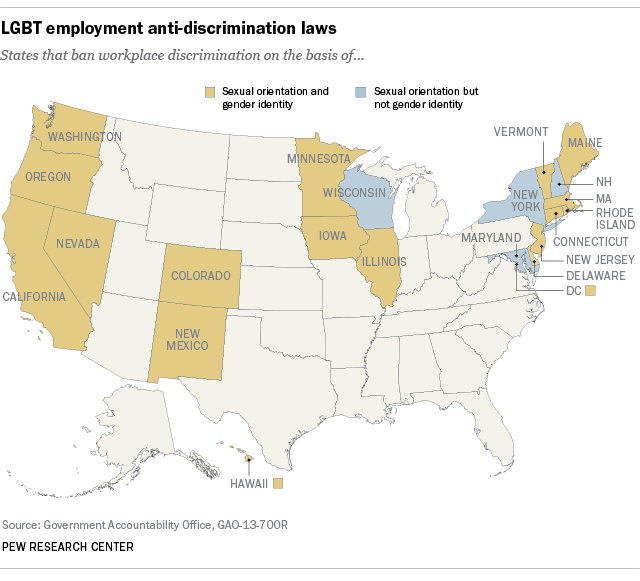 According to the Government Accountability Office, 21 states and the District of Columbia already prohibit employers from discriminating on the basis of sexual orientation; 17 (plus D.C.) extend that protection to gender identity. In addition, dozens of cities and counties have enacted local nondiscrimination ordinances. All told, those state and local laws cover about 40% of  the U.S. population, according to the Senate committee report accompanying ENDA.

Most employed lesbian, gay, bisexual and transgender adults said their workplaces were “very” or “somewhat” accepting of LGBT people, according to a Pew Research Center report issued earlier this year. While only 21% said they had been treated unfairly by an employer because of their sexual orientation or gender identity (and just 5% saying they’d been so mistreated in the past year), workplace discrimination is one of the most important policy issues within the LGBT community. More than half (57%) said equal employment rights for LGBT people should be a “top priority.”