Health insurance marketplaces, a pillar of the Affordable Care Act, open today, allowing millions of Americans to compare and apply for insurance plans through their state or the federal government. Information about how the exchanges work and how to apply is available online, by mail, or in person. Many of the organizations tasked with getting the word out to the public hope the health exchange web sites will drive access and enrollment. 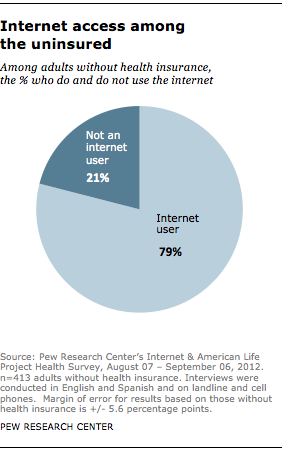 While those who already have health insurance are urged to explore getting a new plan in the exchanges, most proponents say signing up the uninsured is a priority. Some of the groups most likely to not have health insurance are the same as those groups most likely to not be online. This includes Hispanics, those who have not attended college, and those living in lower-income households. 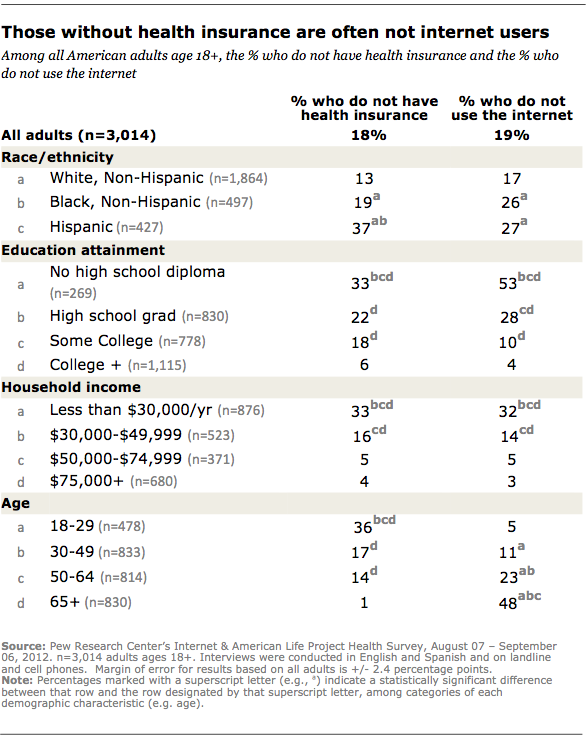 One group that may benefit from online access to health exchanges is young people. Almost all of those 18-29 are internet users (95%), but 36% do not have health insurance. Young adults ages 18-29 are also significantly more likely than those over 65 (the age group most likely to have insurance) to seek health information online. When it came to seeking information specifically about health insurance, online young adults were equally likely as older internet users to have sought that kind of information.