Last week’s data released by the Census Bureau vividly demonstrated the growing income inequality in the U.S. But deeper in the data, there’s another related finding that is also striking: The growing income accruing to the nation’s college-educated households. 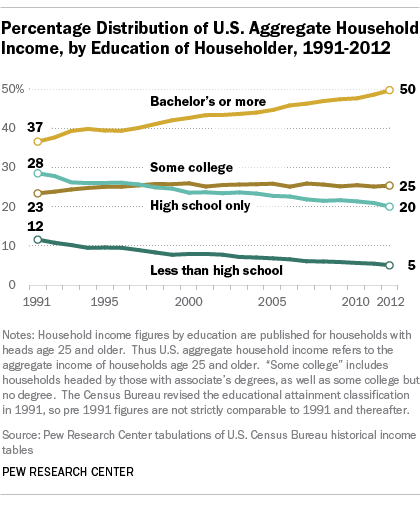 In 1991 (the earliest year comparable figures are available) college-educated households only received 37% of the nation’s aggregate income. In 1991 about one-quarter of households (23%) were college educated.

The share of the income pie received by households with only a high school education or less fell 15 percentage points from 1991 to 2012.  The share of household income going to households with some college (including those with an associate’s degree) increased modestly over the same period (23% to 25%).

Since educational attainment has risen and there are more college-educated households, one would expect the college educated to receive a growing share of the pie. 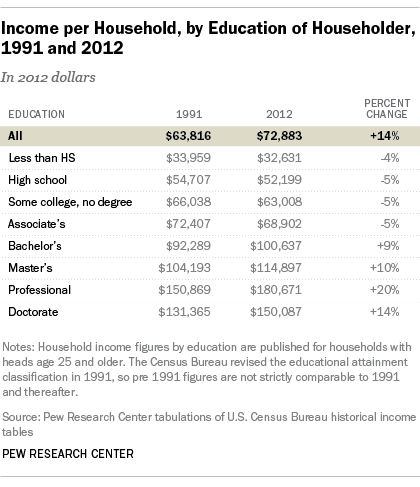 Before breaking down the nitty-gritty of the college-educated households’ income gain, it should be noted that a number of factors are likely at play in boosting the household incomes of the college educated relative to less-educated households.  A primary factor is the better fortunes of the college educated in the labor market. The Georgetown Center on Education and the Workforce finds that college graduates earn nearly twice as much as workers with just a high school diploma.