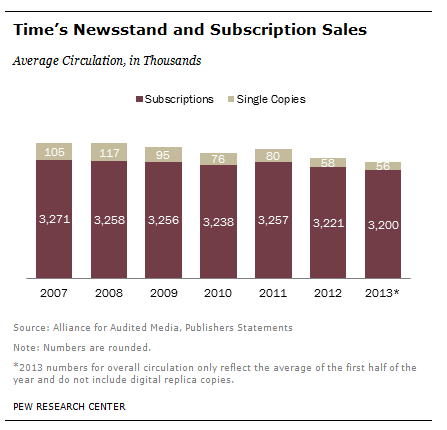 Nancy Gibbs, Time magazine’s newly-named managing editor  — and the first woman to hold that position — takes the reins at an uncertain time, with Time Warner preparing to spin off its publishing division later this year. In replacing Rick Stengel, Gibbs now edits the only major newsweekly—from a group that includes Time, Newsweek and U.S. News & World Report—that still publishes a print edition. But she  will oversee a publication that has experienced significant long-term declines in circulation and advertising pages.