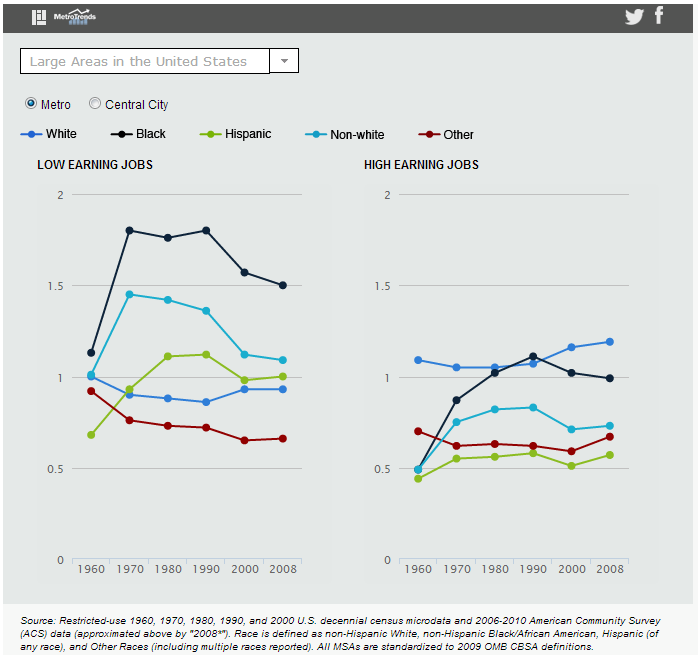 For decades, government jobs have been a major source of upward mobility for recent immigrants, racial and ethnic minorities and other historically underrepresented groups. Census Bureau researcher Todd Gardner recently analyzed decades’ worth of non-public Census microdata to examine how well local government workforces have kept pace with evolving immigration patterns and the legal end of workplace discrimination.

Gardner looked at the 100 largest U.S. metro areas from 1960 to 2010; he divided local government jobs into low-earning and high-earning based on median income. Datapoints above “1” indicate that a group is overrepresented in the given workforce relative to its share of the overall population, while datapoints below “1” indicate the group is underrepresented. (If you go to the Urban Institute web page linked above, you can see the breakdowns for each metro area by using the pulldown menu in the chart.)