As Apple’s iPhone celebrates its sixth(!) birthday today, the pioneering smartphone has carved out a solid market position, and a demographically distinctive user base, within the ever-expanding world of smartphones (which, according to the Pew Research Center’s Internet & American Life Project, more than half of Americans now own). 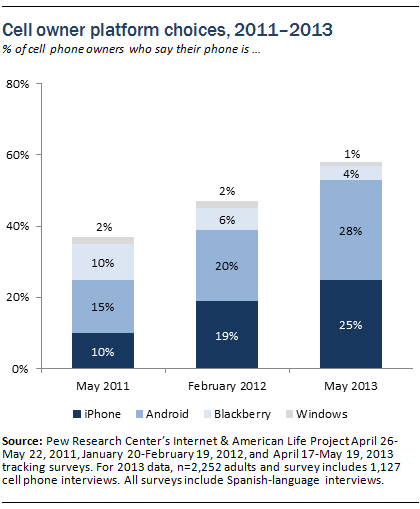 There had been smartphones before Apple launched its first-generation iPhone on June 29, 2007 (the Simon Personal Communicator from IBM had a brief, unsuccessful life in the mid-1990s), but the iPhone’s big touchscreen, ability to add apps and overall usability are widely credited with making smartphones mass consumer items. 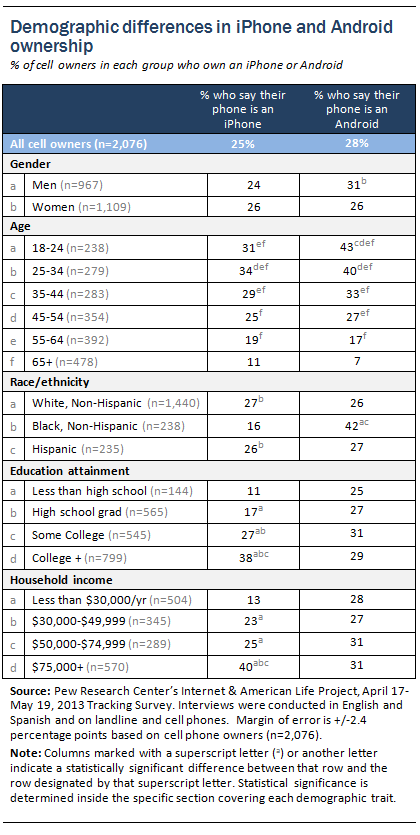 The Pew Research survey found that more-affluent and more-educated people are much more likely than those with less income and education to say they own an iPhone. Indeed, fully half—49%—of cellphone owners with household incomes of $150,000 or more say their phone is an iPhone, as do 38% of owners with college degrees.

And while Hispanics and non-Hispanic whites were about as likely to say they owned an iPhone as an Android phone, only 16% of black cellphone owners said they went with Apple, versus 42% who said their phone was an Android.