Suicides by gun accounted for about six of every 10 firearm deaths in 2010 and just over half of all suicides, according to data from the Centers for Disease Control and Prevention. 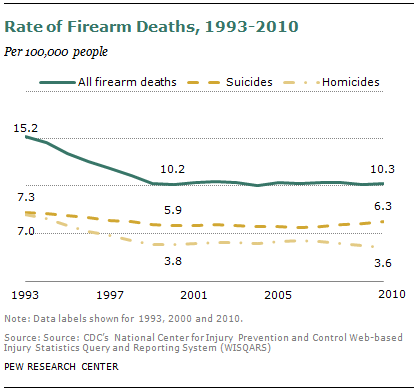 Why timely, reliable data on mass killings is hard to find