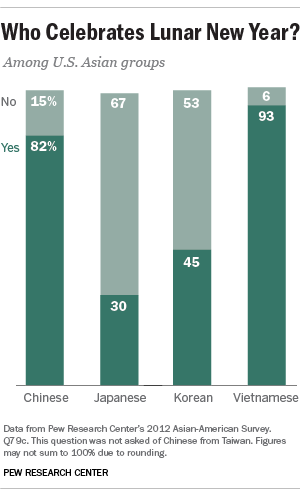 Among religious groups from these four countries of origin, roughly eight-in-ten Buddhists (81%) and Catholics (77%) say they celebrate the Lunar New Year. About half of the Protestants in these country-of-origin groups – including 49% of evangelicals – also celebrate the start of the lunar year.