On Feb. 5 the Pew Research Center released a report on its latest NewsIQ Quiz, “What the Public Knows – In Pictures, Maps, Graphs and Symbols,” based on interviews with 1,041 randomly sampled adults nationwide. Since Feb. 5, more than 350,000 people have taken the quiz on the PewResearch.org website. A large majority of them took the quiz after hearing about it on social media, in a blog or news story or from a friend or family member’s recommendation. Others may have found the quiz while visiting the Pew Research web site for other reasons. 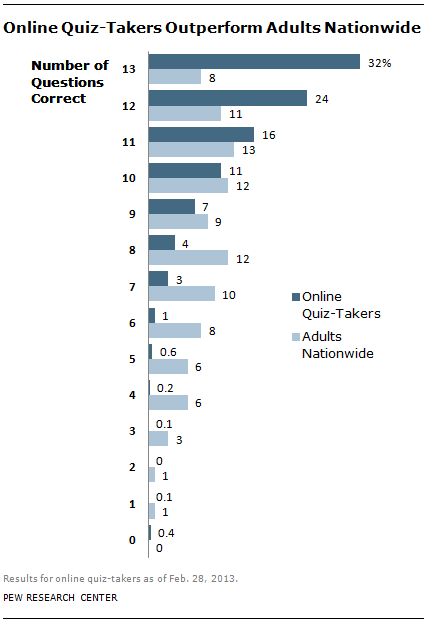 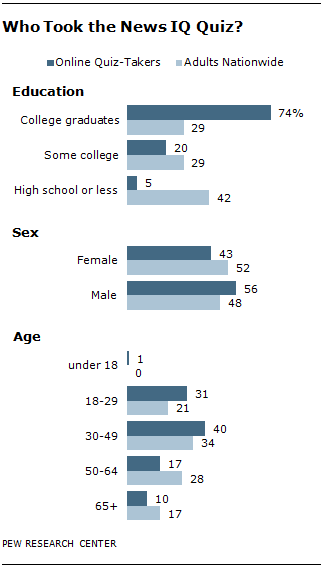 One big reason for the good performance of our visitors is that most of them are well educated, and college-educated people tend to do very well on the quiz. Nearly three-quarters of our website quiz takers (74%) are college graduates, while another 20% have completed at least some college. Among the 1,041 adults in the general public sample, only 29% had completed college and 29% had some college experience.

And to state the obvious, another reason may simply be human nature: People who are knowledgeable about politics are more likely than others to volunteer to take knowledge tests.

Scott Keeter is Director of Survey Research for the Pew Research Center.