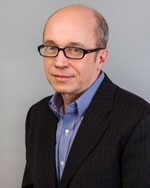 Washington (Nov. 2) — Veteran journalist Alan Murray, currently deputy managing editor and executive editor, online, for The Wall Street Journal, has been named President of the Pew Research Center, succeeding public opinion expert Andrew Kohut, the center’s Board of Directors announced today. The board said Kohut will stay on as Founding Director and continue to provide counsel on political polling and global attitudes research.

The Pew Research Center, a Washington-based subsidiary of The Pew Charitable Trusts, conducts public opinion polling, demographic research and other empirical social science research to inform the public, the press and policymakers. It currently has about 130 employees and an annual budget of $33 million. As a neutral source of data and analysis, Pew Research does not take positions on policy issues. As president, Murray will oversee all the work of the center and its seven thematic projects. He will begin his new position in January 2013.

Murray is an award-winning journalist with more than three decades of experience in covering politics and economics, as well as a stint as co-host of a public affairs program on CNBC. He has served in numerous roles at The Wall Street Journal, including Washington bureau chief. He currently has editorial responsibility for the Journal’s websites, including WSJ.com and MarketWatch. He has led the recent rapid expansion of the Journal’s conference and video operations. (Murray will have a continuing role with the Journal’s conferences during a transition period.) He is the author of three best-selling books, and has won two Overseas Press Club awards for his writings on Asia, as well as a Gerald Loeb award for his coverage of the Federal Reserve. He serves on the Governing Council of the Miller Center for Public Affairs at the University of Virginia. Murray received a bachelor’s degree from the University of North Carolina, where he was a Morehead Scholar, and a master’s degree in economics at the London School of Economics.

“Alan Murray is ideally suited to lead the Pew Research Center in the years ahead,” said Donald Kimelman, Chair of the Pew Research Center’s board and Managing Director of Information Initiatives at The Pew Charitable Trusts. “Alan has had an exemplary journalistic career in which he has demonstrated great integrity and a solid commitment to impartiality. He’s a highly effective and creative leader. And he has a deep understanding of the digital arena in which the center’s future will play out.”

“Trusted facts are an increasingly rare resource in today’s world,” Murray said of his appointment. “Andy Kohut has built the Pew Research Center into a rock of reliable information amidst a sea of supposition and spin. I’m honored to be asked to lead this gem of an institution into a new era of global growth.”

“The board of the Pew Charitable Trusts and I could not be more enthusiastic about this choice,” said Rebecca Rimel, president and CEO of The Pew Charitable Trusts, the center’s parent organization. “The Pew Research Center is widely known for the rigor, credibility and timeliness of its work. Alan Murray brings all the right values to his new role, along with the experience, energy and skill to lead the center. He inherits an institution that is at the top of its game and poised to do even more, especially on the international stage.”

Rimel noted that in June the board of The Pew Charitable Trusts made an additional $6 million, multiyear commitment to enable the Pew Research Center to expand the scope of its international research.

“I’m delighted that Alan Murray, who has been an astute and objective observer of Washington and the world for decades, will lead the Pew Research Center as it expands its research agenda,” Kohut said. “Alan’s commitment to smart, data-driven storytelling will help ensure that the Pew Research Center remains an independent, trusted source of facts and neutral analysis.”

The Pew Research Center marries the storytelling skills of journalism with the methodological rigor of social science. It began as a research project created in 1990 by the Times Mirror newspaper company and called the Times Mirror Center for the People & the Press. In 1996, The Pew Charitable Trusts became the center’s sponsor.

In the ensuing years, The Pew Charitable Trusts launched other information initiatives modeled on the success of the neutral, independent “just-the-facts” approach of the Pew Research Center for the People & the Press. These included the Project for Excellence in Journalism, launched in 1997; Pew Internet & American Life Project (1999); Pew Forum on Religion & Public Life (2001); Pew Hispanic Center (2001); and Pew Global Attitudes Project (2001). In 2004, The Pew Charitable Trusts established the Pew Research Center as a subsidiary to house these initiatives, with Kohut as its first president. In 2005, the Pew Research Center launched the Pew Social & Demographic Trends project, combining original survey research with analysis of U.S. Census Bureau surveys and other data sources.

As Kohut said when Pew Research was launched in 2004, “It’s more a ‘fact tank’ than a think tank. It’s a new kind of Washington organization that collects information and disseminates it in an understandable and analytical way, rather than producing expert opinion on policy subjects.”

The center’s parent organization, The Pew Charitable Trusts, is an independent nonprofit organization — the sole beneficiary of seven individual charitable funds, established between 1948 and 1979 by two sons and two daughters of Sun Oil Company founder Joseph N. Pew and his wife, Mary Anderson Pew. Its offices are located in Philadelphia, Washington, D.C., Brussels and London, with staff in other regions of the United States and Australia.

About The Pew Research Center: Pew Research Center is a nonpartisan fact tank that provides information on the issues, attitudes and trends shaping America and the world. As a neutral source of data and analysis, Pew Research does not take positions on policy issues. The center is a subsidiary of The Pew Charitable Trusts.