Here are ten key findings from a new Pew Research Center survey and analysis of Census data that explores the views, values and economic realities of women and men in the workplace.

11 Today’s young women are starting their careers better educated than their male counterparts. 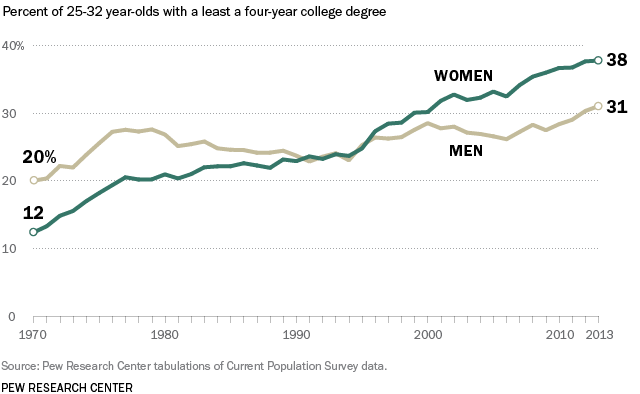 22 Young working women today are also making more money relative to men their age than their mothers and grandmothers did. This is due not only to the rising earnings of women, but also to the falling earnings of men. In 2012, young women earned 93% of the average hourly wage of men the same age. 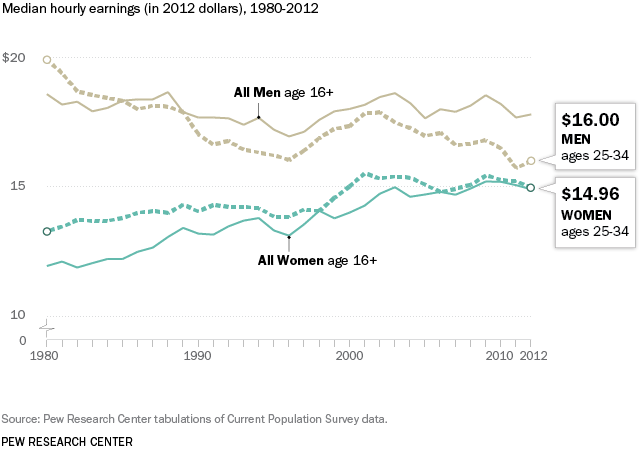 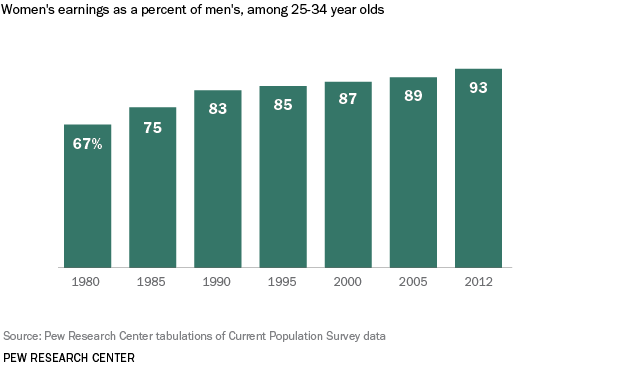 44 These dramatic gains among young working women haven’t translated to an increased optimism about their career paths. Young women today are more likely than young men to say women are paid less for doing the same job and men have easier access to top executive jobs. 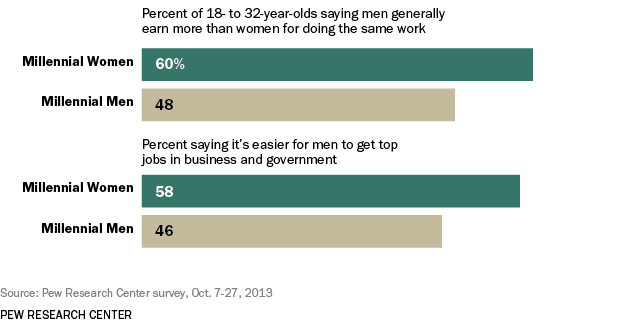 55 While a significant share of Americans (45%) still think society favors men over women, attitudes have changed considerably in this regard over the past 20 years. When Gallup asked a similar question in 1993, 62% of the public said society favored men over women. 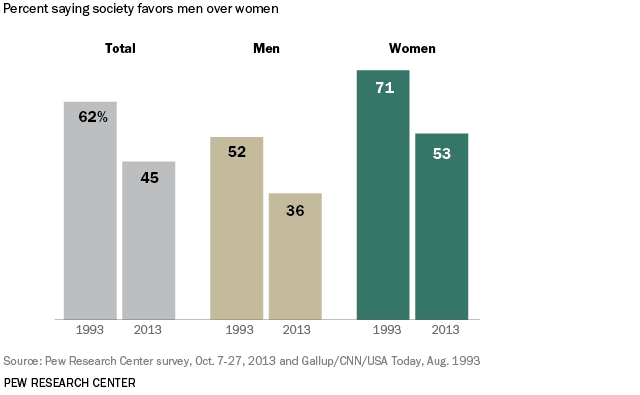 66 Women are much more likely than men to say more change is needed to achieve gender equality in the workplace. The gap is especially wide among Millennial women and men.

77 Women of all ages, just like men, want a secure job they enjoy, but they are less likely than men to ask for raises or aspire to top management jobs. This is especially true once they reach their 30s and 40s, when many men and women face the tradeoffs that go with being a working parent. 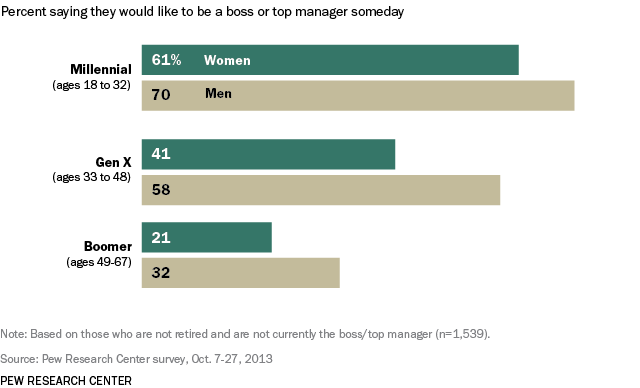 88 Far more women than men say being a working parent has made it more difficult to advance their career. 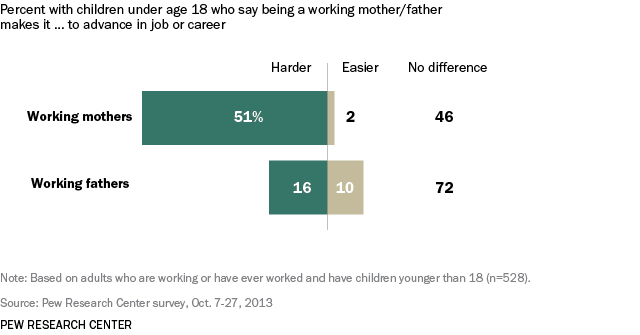 99 Among parents, women are much more likely than men to experience family-related career interruptions. 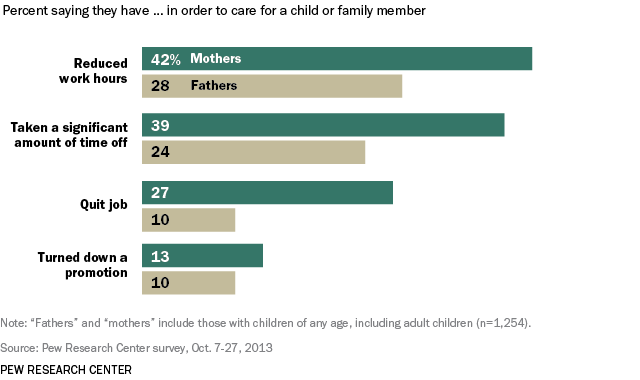 1010 And among mothers and fathers who have taken a significant amount of time off from work to care for a family member, women are much more likely than men to say it hurt their career overall. Even so, about nine-in-ten mothers and fathers say they are glad they did it. 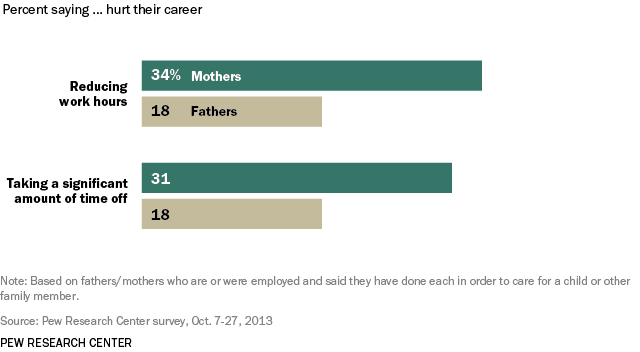