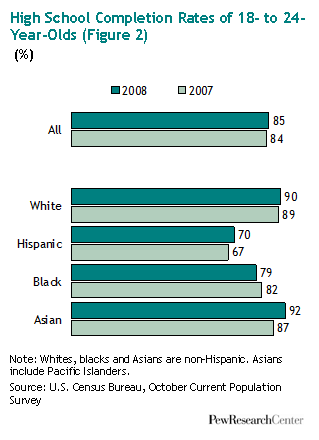 Given lag times in the availability of data, it is difficult to fully disentangle all the causes of the growth in minority freshman enrollment since 2007. For example, one possible explanation is that there has been a disproportionate increase in the number and share of minority students among the nation’s high school graduating senior classes. The most authoritative figures on the characteristics of high school graduating classes are compiled by the National Center for Education Statistics (NCES), but as of April 2010, the most recent school year for which NCES had published such data was 2006-2007. 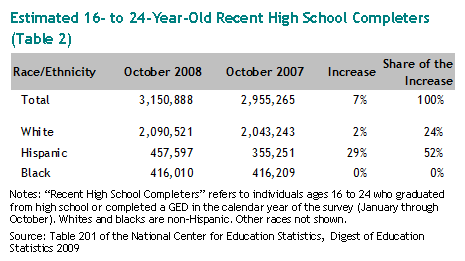