Data in this report is drawn primarily from the panel wave conducted March 1 to March 7, 2021. A total of 12,055 panelists responded out of 13,545 who were sampled, for a response rate of 89%. This does not include two panelists who were removed from the data due to extremely high rates of refusal or straightlining. The cumulative response rate accounting for nonresponse to the recruitment surveys and attrition is 4%. The break-off rate among panelists who logged on to the survey and completed at least one item is 1%. The margin of sampling error for the full sample of 12,055 respondents is plus or minus 1.5 percentage points. 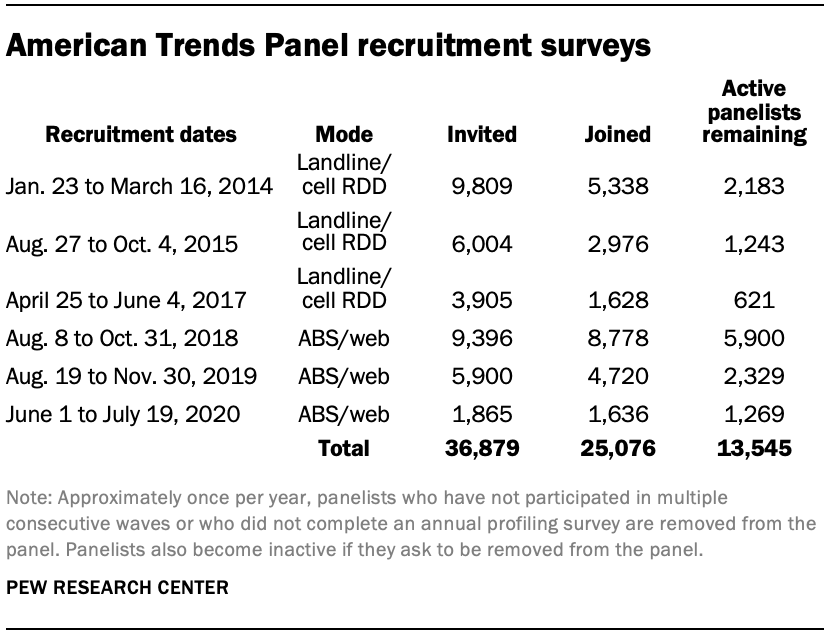 In August 2018, the ATP switched from telephone to address-based recruitment. Invitations were sent to a random, address-based sample of households selected from the U.S. Postal Service’s Delivery Sequence File. Additional recruitments were conducted using the same method, once in 2019 and then again in 2020. Across these three address-based recruitments, a total of 17,161 adults were invited to join the ATP, of whom 15,134 (88%) agreed to join the panel and completed an initial profile survey. In each household, the adult with the next birthday was asked to go online to complete a survey, at the end of which they were invited to join the panel. Of the 25,076 individuals who have ever joined the ATP, 13,545 remained active panelists and continued to receive survey invitations at the time this survey was conducted.

The data collection field period for this survey was March 1 to March 7, 2021. Postcard notifications were mailed to all ATP panelists with a known residential address on March 1, 2021.

On March 1 and March 2, invitations were sent out in two separate launches: Soft Launch and Full Launch. Sixty panelists were included in the soft launch, which began with an initial invitation sent on March 1, 2021. The ATP panelists chosen for the initial soft launch were known responders who had completed previous ATP surveys within one day of receiving their invitation. All remaining English- and Spanish-speaking panelists were included in the full launch and were sent an invitation on March 2, 2021. 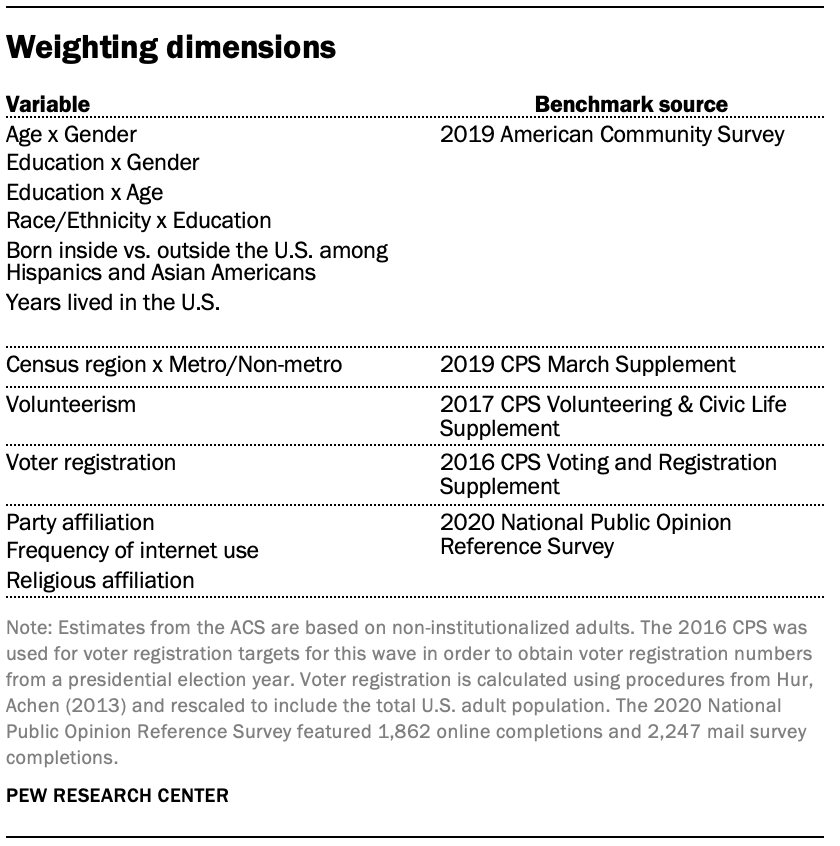 In the final weighting step, the wave-specific base weights for panelists who completed the survey are again calibrated to match the population benchmarks specified above. These weights are trimmed (typically at about the 1st and 99th percentiles) to reduce the loss in precision stemming from variance in the weights. Sampling errors and tests of statistical significance take into account the effect of weighting.

Some analysis in this report is based on questions that were asked on previous ATP waves conducted on Sept. 3-15, 2019, and July 27-Aug. 2, 2020. In these instances, data for the respondents who participated in both waves was weighted following the same procedure as for the full sample. Methodologies for those waves can be found here and here.

Creation of the church-state views scale

The scale reflects responses to six survey questions. In each question, respondents were presented with two contrasting statements, and asked which most closely reflects their own view. Respondents were also given the option of choosing “neither/no opinion.” The pairs of statements are:

To sort respondents into categories, researchers began by putting everyone who said “neither/no opinion/refused” to four or more of the six items into a “no opinion” category. They did not provide enough information to classify their views about church-state issues. Overall, 12% of respondents express “no opinion” on the scale.

The remaining respondents – those who gave two of one kind of answer and one or two answers of the opposing kind (with the balance of responses consisting of “neither/no opinion” or refusals) – were placed in the mixed category.

Sample sizes and margins of error

The following tables show the unweighted sample sizes and the error attributable to sampling that would be expected at the 95% level of confidence for different groups analyzed in this report. 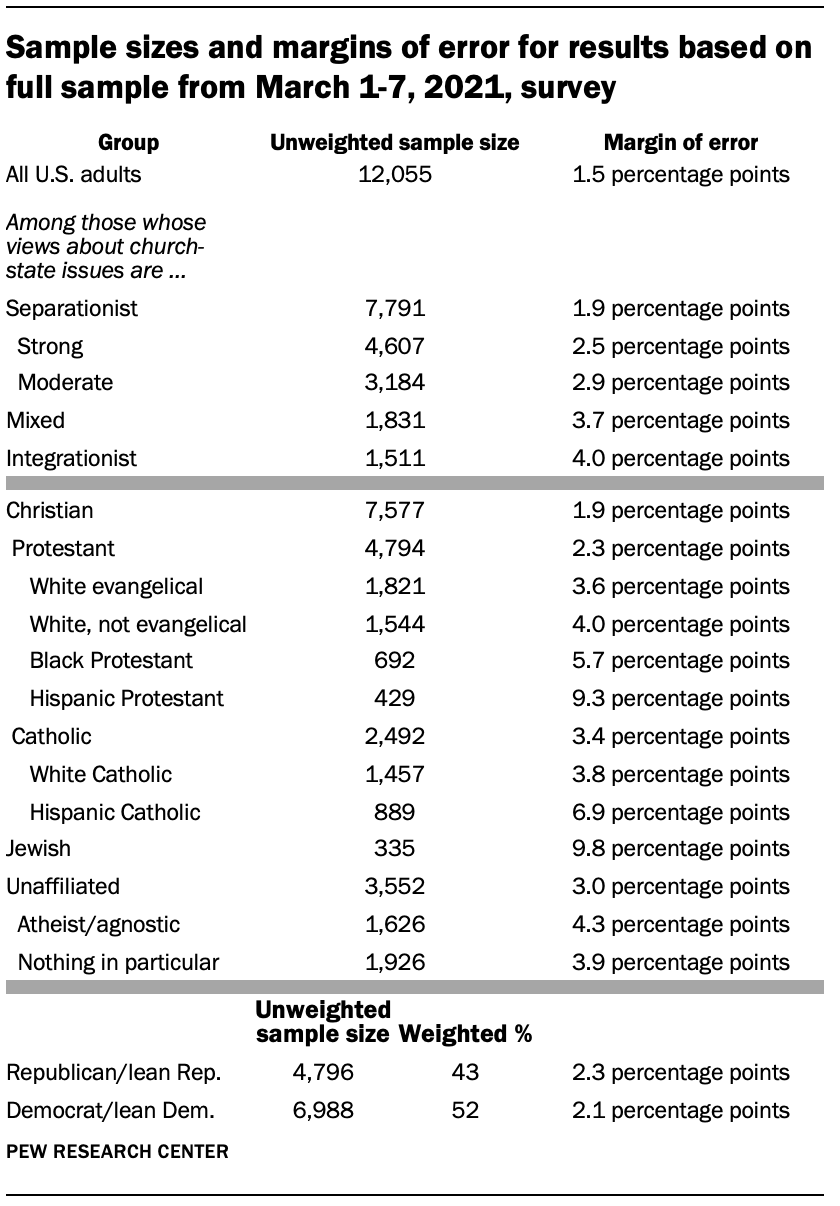 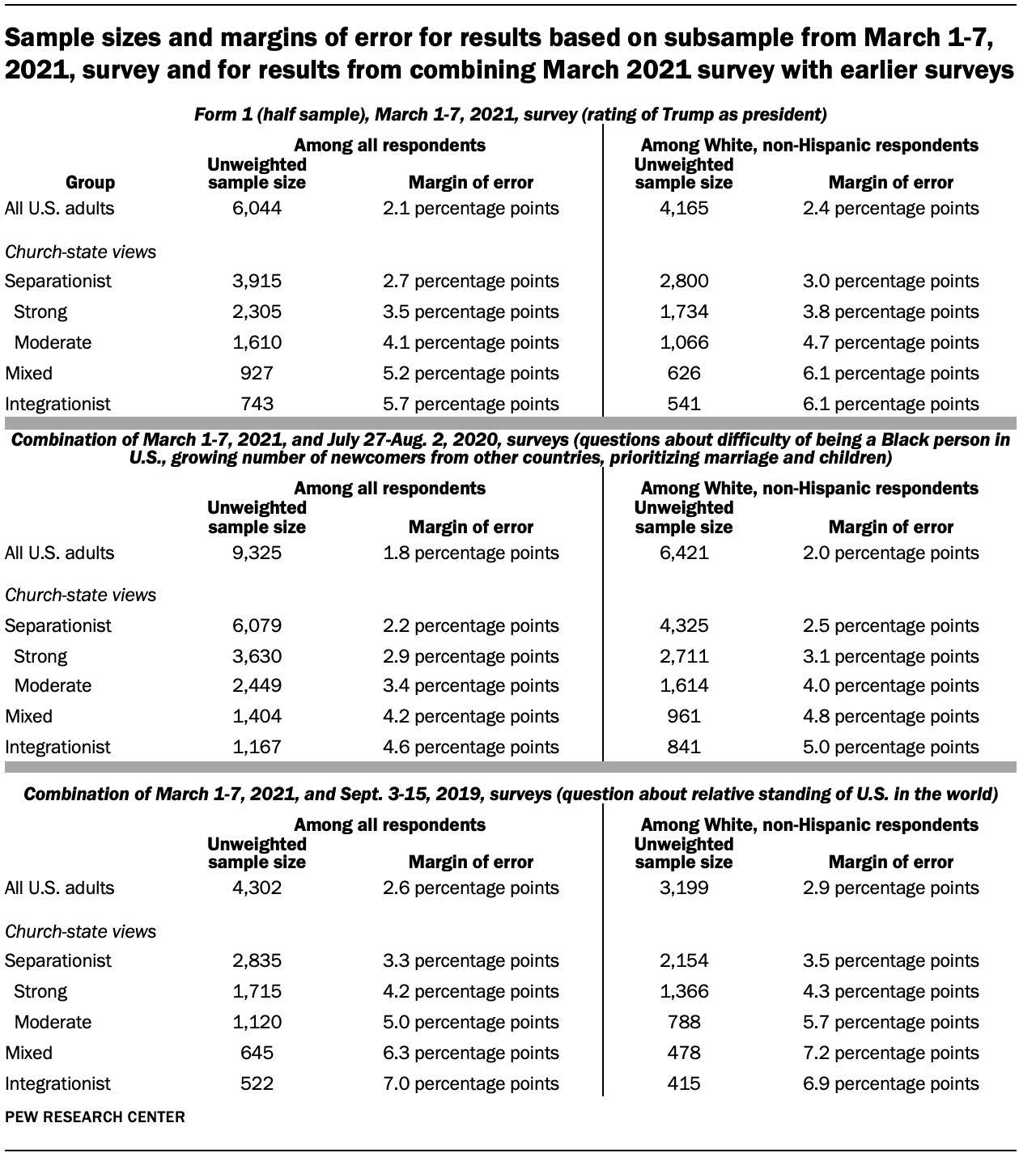 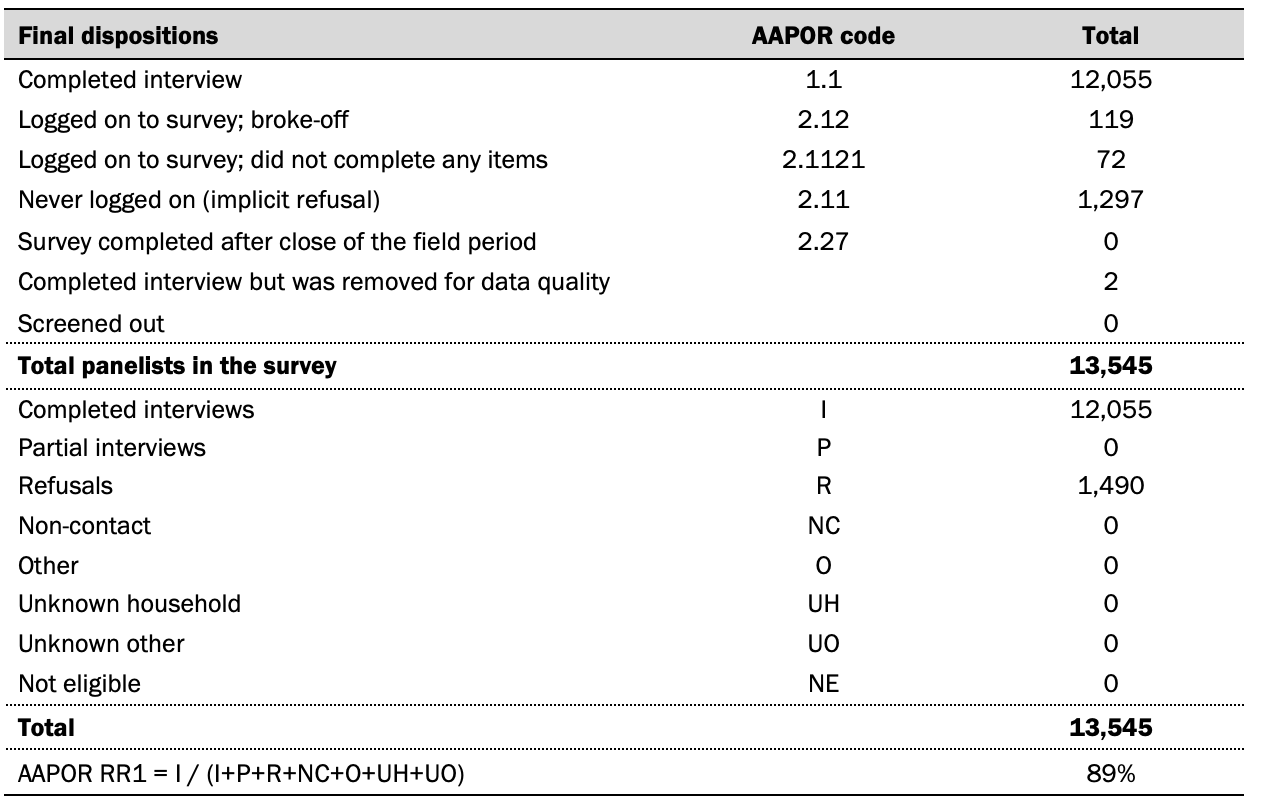