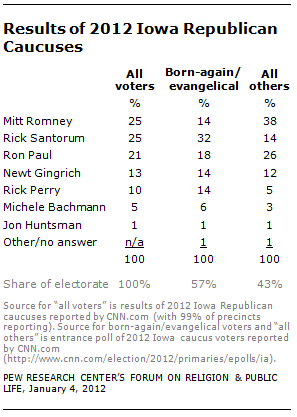 By comparison, 2008 entrance polling showed Mike Huckabee to be the clear favorite of evangelical Iowa caucus-goers; he received 46% of evangelicals’ support, compared with 19% for Romney and 10% for John McCain, the eventual Republican nominee. Among non-evangelical caucus voters, 33% supported Romney, while 18% backed McCain, 17% supported Fred Thompson and 14% voted for Huckabee. 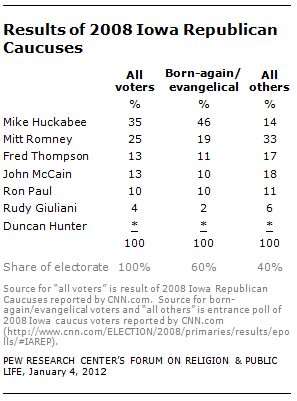