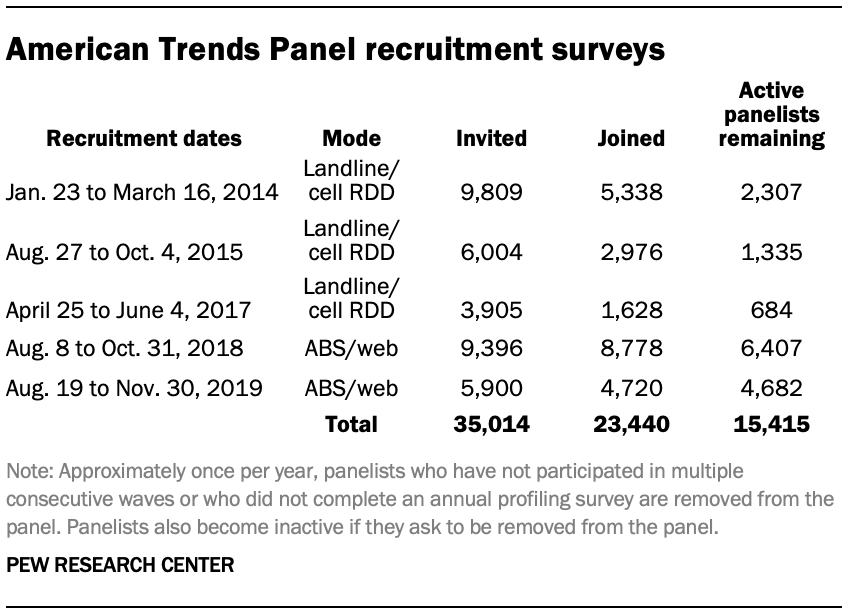 This study featured a stratified random sample from the ATP. The sample was allocated according to the following strata, in order: tablet households, Mexican-born Hispanics, U.S.-born Hispanics, other foreign-born Hispanics, Cuban-born Hispanics, non-internet, high school education or less, not registered to vote, nonvolunteers, people ages 18 to 34, non-Hispanic Blacks, and all other categories not already falling into any of the above.

Race and EthnicityViolence and Society

Amid Protests, Majorities Across Racial and Ethnic Groups Express Support for the Black Lives Matter Movement
Defining generations: Where Millennials end and Generation Z begins
Growing Share of Americans Say They Plan To Get a COVID-19 Vaccine – or Already Have
Quiz: Are you a Core Conservative? A Solid Liberal? Or somewhere in between?
Most Americans Support Tough Stance Toward China on Human Rights, Economic Issues
In their own words: What Americans think about China