From news about the economy to controversy over Hillary Clinton’s emails and the trial of the Boston marathon bomber, no single story dominated the public’s news interest last week. 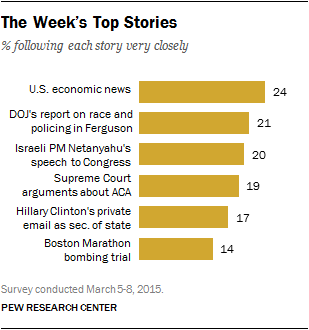 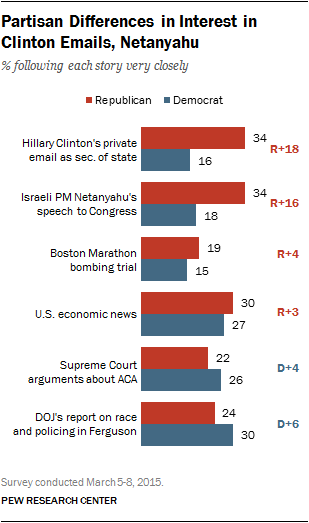 There are smaller partisan differences in interest in the week’s other stories. For instance, comparable percentages of Democrats (26%) and Republicans (22%) paid very close attention to arguments at the Supreme Court over the Affordable Care Act; 30% of Democrats and 24% of Republicans very closely followed news about the Department of Justice report on race and policing in Ferguson, Mo.

The new national survey by the Pew Research Center, conducted March 5-8 among 1,000 adults, finds wide racial and ideological differences in interest in the Ferguson report. Roughly four-in-ten blacks (42%) followed news about the report very closely, compared with 18% of whites and 13% of Hispanics. Nearly half of liberal Democrats (46%) paid very close attention to the Ferguson report, making it the top story of the week for liberal Democrats. 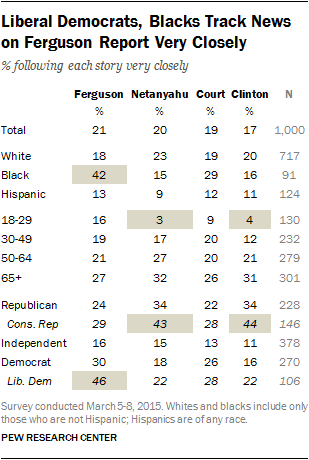 Far More Interest Among Republicans Than Democrats in Clinton Emails, Netanyahu
Survey Report
About the Survey