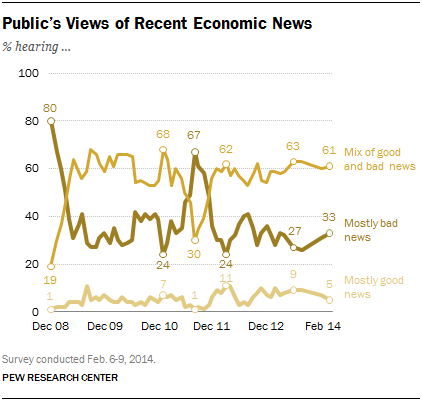 Over the past year, the unemployment rate has fallen, but so too has the share of Americans in the labor force. The stock market rose during much of 2013, before falling at the start of this year.

Through it all, the public’s perceptions of economic news have changed very little. Currently, 61% say the news they are hearing about the economy is a mix of good and bad, 33% say it is mostly bad and just 5% say it is mostly good.

The new national survey by the Pew Research Center, conducted Feb. 6-9 among 1,004 adults, finds that views about news on other economic sectors are mostly unchanged since December. More are hearing good news about real estate values (25%) than bad news (19%); while it is the only economic sector registering more good news than bad news, a 44% plurality still says it is hearing mixed news. Regarding the job situation, more of the public is hearing mostly bad news (42%) than mostly good news (12%). 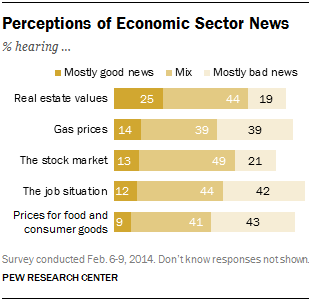 Since 2009, the percentage of Americans describing jobs news as mostly bad has ranged from 74% in August 2011 to 38% in June 2013 and March 2012. But these perceptions have fluctuated only modestly since the fall of 2012. (For more on long-term views of news about specific economic sectors, see the charts at the end of the report.) 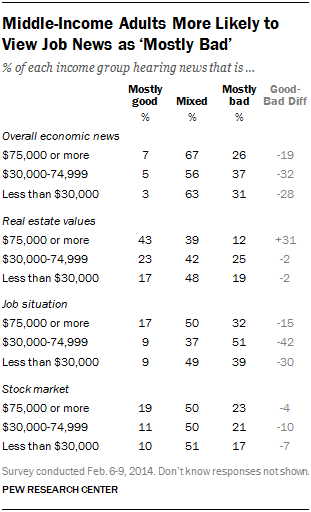 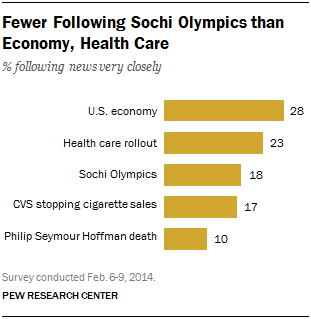 As the Winter Olympics get underway in Sochi, Russia, 18% are following news about the games very closely. 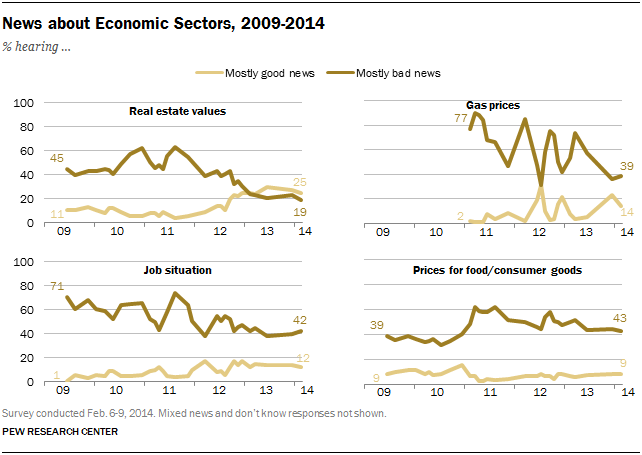