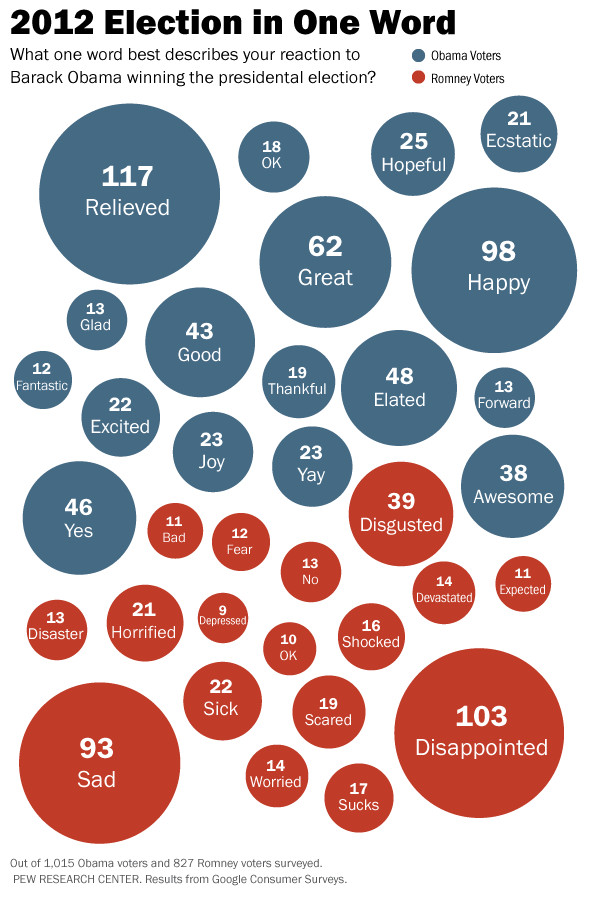 Voters had a mixed reaction to the outcome of the 2012 presidential election in the hours immediately following Barack Obama’s victory. Reflecting the narrow vote margin between the candidates, 44% of voters overall said they were happy with the outcome, while 43% said they were unhappy, according to a Pew Research Center report based on survey data collected by Google among a sample of internet users.

When voters were asked for a single word that described their reaction to Obama’s victory, Obama voters said they were “relieved” and “happy.” A substantial number of Obama voters also mentioned words like “great,” “elated,” “yes” and “good.”

Romney voters generally said they were “disappointed” or “sad” about the election outcome. Romney voters also used the words “disgusted,” “sick,” “horrified” and “scared,” to describe their reaction to Obama’s victory. 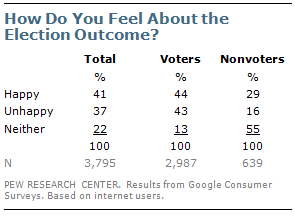 The reaction to the election was divided along partisan lines. Fully 90% of Obama voters were happy that their candidate won while 88% of Romney voters expressed unhappiness.

Next: More about the Google Consumer Survey Method
← Prev Page
You are reading page1Page2
Next Page →