By contrast, the Spanish-language papers in the United States covered the issue more heavily in their front pages than their English-language counterparts. But for at least two of the papers, the additional coverage came from wires rather than staff reporters.

Overall, the three largest Spanish-language newspapers averaged 12 articles per paper over the 12 twelve days studied. This was more front-page coverage than in any other country studied, except for the paper in Mexico itself (which ran 20 stories). Still, looking at the ratio of stories to confirmed cases, these papers, like the English-language press, had one of the lowest—one story per every 188 cases.

Beyond the degree of attention devoted to the flu, coverage in the three papers, each based in cities with distinctly different Spanish-speak

Los Angeles based La Opinión, whose audience is more heavily Mexican-American than some other Spanish-language papers,  had the greatest number of front-page stories over the two-week time period—14 in all. What’s more, all but one were staff reported rather than from wires—as opposed to the other two Spanish-language dailies, which relied heavily on outside copy.

La Opinión also was the only one of the three Spanish-language dailies to focus more on stories outside of the U.S. than within. Of the 14 articles the paper ran, half (seven) focused exclusively on Mexico, four on the U.S. and three with a mix of international focuses.

In the first days of the outbreak, the paper gave relatively equal weight to the two countries, with one staff-produced front page article each day dedicated to the situation in the United States and one to the state of the epidemic in Mexico. With headlines such as “Mexican Economy Affected,” accompanied by a photo of a Mexican mariachi musician wearing the now-famous blue facemask and “Emergency in California over Swine Flu” the paper conveyed the full extent of the public’s alarm in Mexico while also informing readers of the U.S. government’s response.

As week two began, though, coverage of the situation in Mexico took precedence. Front-page stories reported on problems in the Mexican public health system, the flu’s effect on the lives of Mexicans and Mexico’s attempts to return to normalcy by restarting classes and work.

For El Nuevo Herald, which targets the Cuban-heavy Hispanic population of Miami, the majority of the coverage was U.S.-based with the greatest emphasis on the local community.

An April 30 article reported, “Possible Cases of Swine Flu Found in South Florida,” while a later piece explored the impact the flu had on businesses in South Florida. Yet another, on May 5, provided information on local school closures.

This was followed the next day with the update: “Federal health officials said yesterday that the influenza virus does not seem to be as dangerous as originally thought and that schools should stay open including when they have confirmed cases of the illness.”

Staff reporters produced nearly all of the stories concerning the local comm
unity,
but national and international reports tended to come directly from the Associated Press and McClatchy wire services. On the first day PEJ studied (April 27), the paper ran a McClatchy article, “St 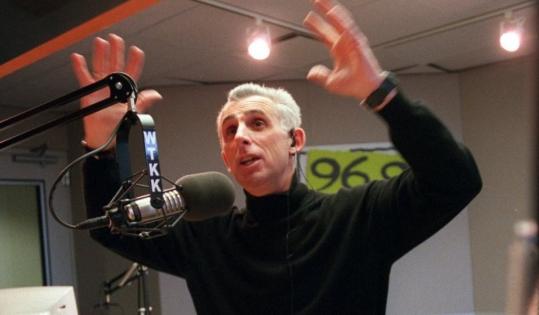 ate of Emergency Over Swine Flu,” which detailed the national situation and government response. And the following day’s coverage included an Associated Press article outlining the response by the World Health Organization (WHO) and other countries, with heavy emphasis on Latin America and the Caribbean.

The local community was also at the heart of coverage from New York based El Diario/La Prensa. But here, the coverage drew attention to the social and cultural impact of the virus. A May 1 article headlined “Help in Times of Crisis” displayed a large picture of a mural of the Virgin of Guadalupe painted in the Bronx by a monastery to give Mexicans hope in the middle of the outbreak. And the May 4 front page, in anticipation of the Cinco de Mayo Holiday, showed Mexicans dancing in a rainy New York street dressed in traditional festive attire  with the headline “Outbreak of Happiness: The Flu nor Rain Keep Mexicans from Celebrating 5 de Mayo.”

El Diario was also the one paper PEJ studied that relied more heavily on community activists and citizens as sources. The other papers–especially the international ones–turned mostly to government officials and health experts.

One topic to which El Diario/La Prensa devoted staff resources was Jay Severin, a controversial Boston-based talk radio host who was suspended after making racist comments against Mexican immigrants, blaming them for the virus crossing over to the U.S. In discussing the flu’s spread to the U.S. on his show, Severin referred to Mexican immigrants as “leeches,” “the world’s lowest of primitives” and exporters of “women with mustaches and VD.” Three separate articles called Severin to task. The first, on April 30, began, “For conservative talk radio hosts in Boston, those responsible for the expansion of the swine flu to the U.S. are no more and no less than undocumented immigrants, specifically Mexicans.” The final May 6 headline left no readers wondering about the paper’s take on the episode: “Comments of a pig,” above, a picture of Jay Severin.